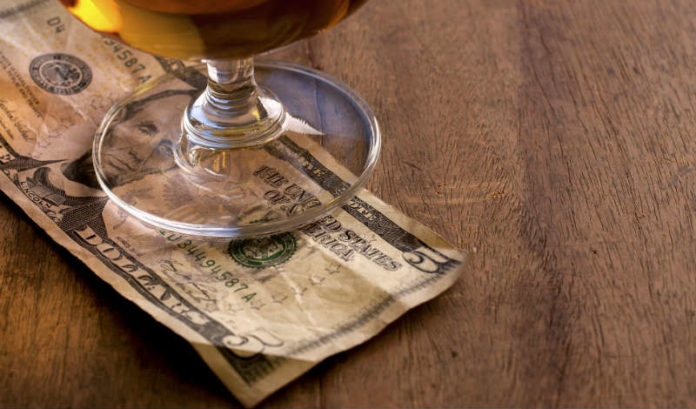 A proposed U.S. Department of Labor rule that would allow employers to take employees’ tips if they pay minimum wage could cost New Jersey workers more than $119.7 million a year, according to revised figures from a new study.

The think tank New Jersey Policy Perspective said a study by the Economic Policy Institute found that the rule proposed in December could cost U.S. workers $5.8 billion in tips each year. The study also found that women, who are more likely to work in jobs that receive tips, would lose 80 percent of that $5.8 billion, NJPP said in a news release.

“This new rule opens the door to further exploitation of tipped workers, who are already among the most vulnerable employees in today’s workforce,” NJPP policy analyst Brandon McKoy said in a prepared statement. “Tips are meant to be a supplement to earnings that recognize quality service. Allowing employers to withhold tips earned by their employees is wrong and invites behavior tantamount to wage theft.”

The rule would rescind portions of regulations that prohibit employers from laying claim to workers’ tips. Backers say it would enable businesses such as restaurants to pool tips and reward “back of house” employees who are not normally tipped. Opponents, however, say there is nothing in the plan that requires business owners to distribute such funds among workers.

The EPI said the amount workers could lose ranged from a low estimate of $26.5 million a year to a high-end estimate of $646.7 million, calling the $119.7 million the “preferred estimate.”

NJPP said the Garden State has an estimated 140,000 tipped workers.