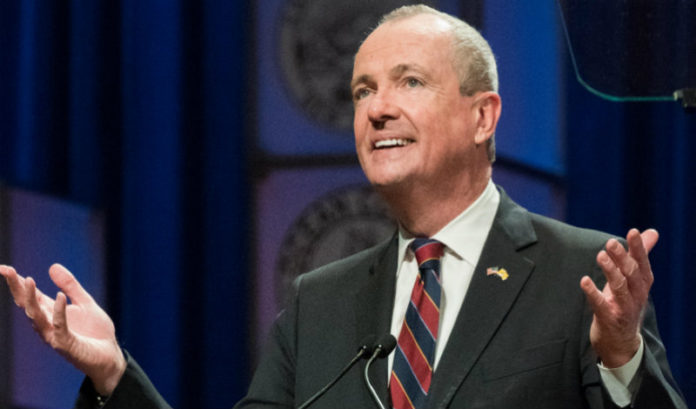 Following through on another campaign promise, and just 24 hours after lauding a potentially large tax incentive for Amazon, Gov. Phil Murphy signed an executive order to audit the Economic Development Authority‘s tax incentives on Friday.

This is his third executive order since taking office Tuesday.

Murphy said recent studies have shown that, despite economic growth for the state, only large companies are benefiting from the incentives; meanwhile, small businesses are on the decline.

“While the amount of economic incentives provided by the state of New Jersey has increased dramatically over the last decade, these incentives have gone primarily to large companies, while the number of small businesses in the state has declined from 2010 to 2015,” the order read.

John Harmon, president of the African American Chamber of Commerce, said there is no doubt that cities like Newark, Camden and Jersey City have benefited from the incentives, but the trickle down to contractors and local business — which was promised — has not been realized.

“These incentives should have a few more layers to them,” he said. “The incentives did not have accountability of the economic impact in the community. The contracts to the local businesses has not happened.”

Jersey City Deputy Mayor Marcos Vigil said the audit is important, despite the city benefiting, because the rules may need to be tweaked.

“We have seen new companies either move, relocate or start in Jersey City, which benefits the state overall as it relates to income taxes. And we have seen the transformations of certain areas of the city,” he said.

But hard data is necessary, and welcome, he said, adding that the city has also put programs in place to ensure the city’s residents, and especially women and minorities, can benefit.

“The audit will be useful to see if (investing in large entities reaps benefits), and if it hasn’t happened, what needs to be tweaked,” he said.

‎Vigil also added that his understanding is that credits aren’t given until the jobs that were promised exist at the companies, and the jobs may not be realized until several years have passed, which is why an audit now, eight years after the program began, is appropriate.

Carlos Medina, chairman of the Statewide Hispanic Chamber of Commerce,  said the Hispanic business community has grown in recent years, despite the lack of incentives, but it wouldn’t hurt to add a tool to the toolkit for additional growth.

The order also helps the New Jersey Urban Mayors Association, which at the League of Municipalities annual conference last year called for a change to the way incentives were used. The association pointed out that designating Camden, Newark and others as growth zones has left some areas neglected, and that the state should focus on improving the infrastructure of urban areas before it tries to attract more business to the region.

“The Economic Development Authority has spent $8 billion in tax incentives since 2010, a figure that has ballooned from the $1.2 billion spent between 2000 and 2010,” Murphy said. “This executive order ensures that we make critical tax incentive decisions based on the facts, and that we always look toward a real return on our investments.”

In addition, in comparison to his old home state of Massachusetts, New Jersey is not getting bang for its bucks, Murphy said.

The order, effective immediately, sets a deadline of the end of this year for the audit results.

It directs the state comptroller to gather:

Murphy said that, despite its good intent, the EDA incentives have inadvertently stymied growth in some sectors.

“Tax incentives play a role in smart economic development,” he said. “But they have to be the icing on the cake, not the cake itself. It’s hard to swallow when you see $8 billion in corporate tax breaks on one hand, and $8 billion in cuts to public education on the other. And it’s even harder to swallow when, at the same time we were handing out these billions in tax breaks, our economy continued to lag behind nearly everyone else in the nation. The people of New Jersey deserve to know what, exactly, they got for their $8 billion.”

No one from the EDA was immediately available for comment, but in the past, when concerns about grants have arisen, the EDA has always maintained that its job is to implement programs based on how they were crafted by the Legislature.

“Creating jobs and economic growth is the highest priority for all of us, but we have to make sure that is, in fact, being achieved by the tax incentive programs. According to Pew Charitable Trust, there are currently 28 states in front of New Jersey leading the charge on reforming their incentive programs. This executive order is a great first step in the right direction,” Cryan said in a statement Friday. “I am sponsoring legislation to create a standing commission to conduct regular reviews of the state tax incentive programs, with the goal of creating a long-term solution to better understand New Jersey’s incentive program moving forward. This commission would also provide recommendations for improvements to the programs. All of this is critical to making sure the programs are operating effectively, transparently and meeting their stated goals.”

“Gov. Murphy took an important step toward righting New Jersey’s economic-development ship with today’s executive order calling for a robust, independent evaluation of the state’s use and abuse of corporate tax breaks,” according to a statement. “As we’ve often noted, better evaluation is a critical part of comprehensive comprehensive subsidy reforms that can usher in a more responsible approach to economic development in the Garden State.”