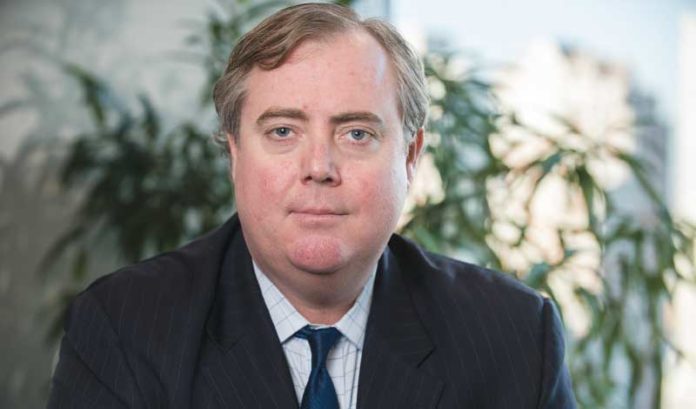 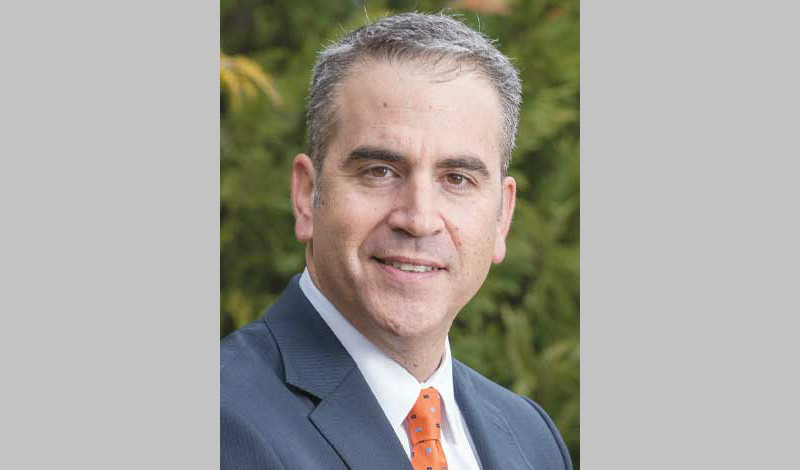 He’s a longtime real estate attorney, but he’s behind efforts to develop a cannabis law practice at Connell Foley LLP.

And that doesn’t even make Nevins McCann, the attorney in question, unique.

Attorneys from all backgrounds have been growing their own local cannabis practices within a short period of time. As McCann said, no one doubts the need for those getting into this field to have legal representation. In fact, the need for a good lawyer has been heightened by the complex legal landscape it exists in.

All at once, law firms across the Garden State have taken note.

“We have definitely seen a recent uptick in this practice area at law firms,” McCann said. “Advising on cannabis law has exploded across the country. Hopefully, we don’t see an uptick as well in litigation of a criminal nature against those entering this industry.”

McCann, who is also on Gov.-elect Phil Murphy’s transition team, has that on his mind — as other lawyers with a budding cannabis practice do — because of the interaction between President Donald Trump’s cabinet and states that either already have legalized marijuana or are likely to follow suit, such as New Jersey.

In a particularly commotion-causing move, U.S. Attorney General Jeff Sessions announced a few days into the new year that he was rescinding a memo from former President Barack Obama’s administration that reflected a policy of passive legal enforcement against cannabis operations authorized by state laws.

In replacing the memo introduced by former Deputy Attorney General James Cole in 2013, Sessions instructed that “prosecutors should follow the well-established principles that govern all federal prosecutions.”

What exactly Sessions’ action foretells is unclear. But in an already-complicated legal landscape, some attorneys think clients in cannabis-related businesses have reason to worry.

“I would be petrified,” McCann said. “Even under (former Attorney General Eric Holder), they did bust some people in states where it was legal, and those people lost everything. So, it’s concerning to see the course Sessions is taking.

“One would think things will return to business as usual. But no one expected sanctuary cities to be targeted by ICE in immigration raids, for people to be deported in the fashion they have. So, you never know what will happen.”

Those watching the cannabis industry develop figured the Trump administration would not be friendly to the sector. But, as Bill Bogot, a co-chair of Fox Rothschild LLP’s relatively new cannabis law group, explained: timing was everything.

“After the election, we were walking on eggshells, wondering what would come from the administration,” he said. “Then we let our guard down a little. Now, this seems to have come out of left field, even if we all knew where Sessions stood on marijuana.”

That means Bogot, and his cannabis practice co-chair, Josh Horn, were fielding calls late into the night when the news of Sessions’ announcement was reported.

But after the initial concern it stirred up, Bogot and Horn were left convinced there was nothing devastating in what Sessions did.

“Like pulling a Band-Aid, it hurt at first, but after you sit there for a while, any of the pain of this went away,” Bogot said.

Horn pointed out that there has been no change in funding available to prosecuting compliant cannabis operations. Since 2014, Congress has kept alive an amendment, known as Rohrabacher-Blumenauer, prohibiting the Justice Department dedicating money to interfere with state cannabis laws.

Horn said Sessions has asked for that money back, but the onus would be Congress to do so. In the meantime, not much is likely to change for the cannabis industry, at least in Horn’s estimation.

“Overall, we could see some level of consolidation into more compliant companies as an offshoot of this.”

Charles Gormally, who co-chairs a cannabis practice at Brach Eichler LLC, said the Justice Department diverting resources to a major crackdown is a nonstarter.

“There’s a reason for that,” Gormally said. “Something realistic comes into play: If the federal government decided to go after people in the cannabis space, they would eventually have to convince a jury — a group of reasonably tuned-in folks — that, while these people were complying with state law that voters opted to establish, they were still in violation of the law.”

Even though there is guidance similar in nature to the now-defunct Cole memo that still exists for the U.S. Department of the Treasury, Gormally expects that the biggest impact of legal quibbles about cannabis will be seen on the financial side.

(FOR MORE from ROI-NJ on our event, “The State of Cannabis,” click here.)

“Bankers are the most risk-averse folks you can ever come to deal with, and I expect many of them will step back after this,” Gormally said.

There’s no sign the pace of New Jersey’s own impending legalization push has been affected, as indicated by Bill Caruso, of counsel at Archer & Greiner, and a longtime cannabis reform advocate.

“There’s already a lot of work going on toward the goal of legalization,” Caruso said. “The Legislature has started to do more research, and we’re having broad discussions on legalization specifics.”

Caruso said hard questions are being asked about what shape New Jersey’s legalization would take, even if the conversations aren’t revolving around where federal agencies stand on it.

“Most people right now in the state are more focused on troubleshooting issues that could derail us,” Caruso said. “The debate is centered around other issues: Making sure minors don’t have access, addressing driving under the influence, dealing with those who have been caught up in the criminal prosecution of this in the past and how do we — in such a diverse state — incorporate ways of making the industry look like how the state does.”

If there is one obvious winner in evolving the federal versus state law dynamic, it has to be law firms.

Max Crane, managing partner of Newark-based Sills Cummis & Gross PC, admits that recent events have only further heightened the value legal professionals can bring to those navigating the cannabis industry.

Crane’s firm hopped into this practice area early on. He’s glad they did.

“It’s something we saw as an emerging industry — with some significant growing pains — back when most firms were running the other way,” he said. “It’s no longer a third rail today. So many more firms are running to it and jumping in, while we have a head start.

“Many have seen an opportunity to confront a confused social issue and create economic upside out of it — and law firms have embraced it, too.”

An alternative to opioids?

Nevins McCann of Connell Foley LLP said the Garden State’s place in nation’s pharmaceutical belt has been in interesting wrinkle in the story of advocacy for local marijuana reform.

“A lot of opioids were made in this region; we know that we’re going to have to get away from those,” he said. “We may turn toward cannabinoids for pain management, something not smoked but delivered in a pill. And New Jersey is poised for that.”

A lot of the legal profession’s entry into the cannabis space has been through law firm clients looking to investigate medicinal uses of cannabis and the regulatory structure surrounding it.

McCann’s own introduction to the cannabis industry was anesthesiologist clients who wanted to apply for a medical marijuana dispensary license, but eventually backed out of it due to anxieties about its legal status.

“These guys were straight as an arrow, but they encouraged the use of cannabis because they felt it was the answer,” he said. “They were frustrated with opioids and tired of prescribing them.”

John Fanburg, who co-chairs the cannabis practice at Roseland-based Brach Eichler LLC with Charles Gormally, comes from a more than 30-year background in health and hospital law.

Fanburg said clients in the health care sector have been calling for more research into cannabis. They want to look at its potential to replace opioids in light of that drug’s nation-encompassing crisis. For that and other reasons, the experienced health law attorney now speaks to a strong advocacy of overarching marijuana reform.

“This is not going to go away, so let’s come up with regulatory framework to take criminal element out of it,” Fanburg said. “The legal enforcement of this has been crippling for the livelihoods of many — without curbing the appetite for its use at all.”

New Jersey has had a medicinal cannabis law that was only partly implemented during Gov. Chris Christie’s term. Research on cannabis’ chemical compounds and how it fits into the medicinal space did not flourish in that time.

Attorneys such as Fanburg and Gormally have being doing their best to prepare clients for how that may change under Gov.-elect Phil Murphy.

“The cart’s a little ahead of the horse, however,” Gormally said. “New Jersey still has to engage in serious deliberation on this legislative issue. We can talk about opportunity for clients in health care about a testing lab, but we don’t know parameters of testing that the state will have. So, we’re really still at the advocacy and education phase in a lot of ways.”