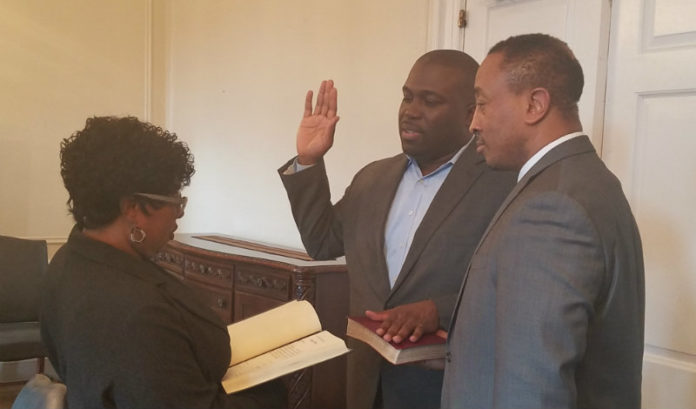 A former finance official in Newark and Hoboken has been appointed the business administrator for East Orange, according to Mayor Ted R. Green.

Solomon Steplight, who was an assistant business administrator in Newark under Mayor Ras Baraka and assistant finance director under former Mayor Cory Booker, was confirmed by the city council earlier this week.

He recently helped Newark with its proposal for Amazon’s coveted HQ2 headquarters, which was selected as one of 20 finalists for the project.

“Solomon is an innovative business executive who brings a wealth of experience in corporate and municipal finance that will keep the city on strong fiscal footing,” Green said in a prepared statement. “He is incredibly talented, but, most importantly, he understands the needs of our community and how we must evolve to achieve a more prosperous future.”

“I am extremely excited to join the Green administration during this unprecedented period of redevelopment and growth in the city of East Orange,” he said in a statement. “Increasing how we use technology and data will enhance our culture of performance, fiscal discipline and services delivered to our customers.”

East Orange also announced the appointment of Shuh Yang as chief financial officer. She has worked for the city for more than a dozen years, and has also worked for several other municipalities in the state.