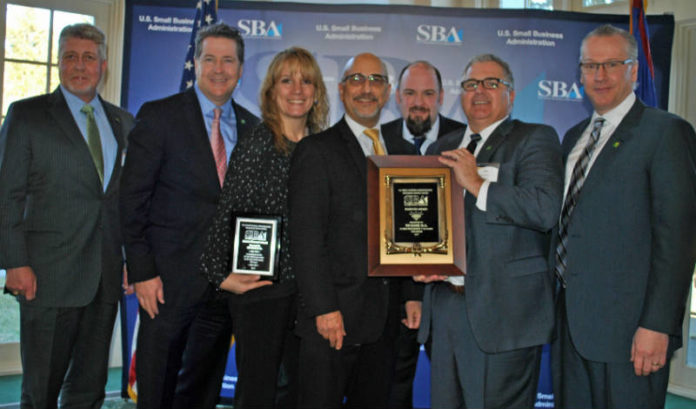 TD Bank has been honored by the U.S. Small Business Administration’s New Jersey district office for approving the most loans to New Jersey small business owners during its fiscal year 2017.

“For the last four years, TD Bank has been a major provider of SBA loans to small business owners, making it easier for them to access capital here in New Jersey,” said Al Titone, SBA New Jersey district director. “TD Bank has a great understanding of the small business market and continues to grow its footprint in order to serve the capital needs of small businesses throughout the state.”

According to Titone, during fiscal year 2017, the SBA New Jersey district office approved a record $869 million in loans to 2,326 state small business owners.

“SBA loans continue to play a vital role in growing the economy,” said Titone. “Sixty-seven percent of our loan approvals went to existing businesses, while 33 percent went to startup companies. These loans helped to create 8,666 jobs and retain another 10,671 jobs throughout the state.”

“Simply put, we just could not have achieved all of this without the help of the 109 lenders who approved at least one SBA loan this past year,” said Titone.  “Our partnership with these lenders allows us to have a significant impact on the local economy.”

The Top 10 New Jersey lenders named by the SBA:

“The valuable partnerships that we have established with all our lenders over the years have given us the foundation and platform to provide small business owners and entrepreneurs with easier access to capital. And for that, we have our participating lenders to thank,” he added.

Valley to invest $25M in the Garage, early-stage, fintech-oriented VC based...