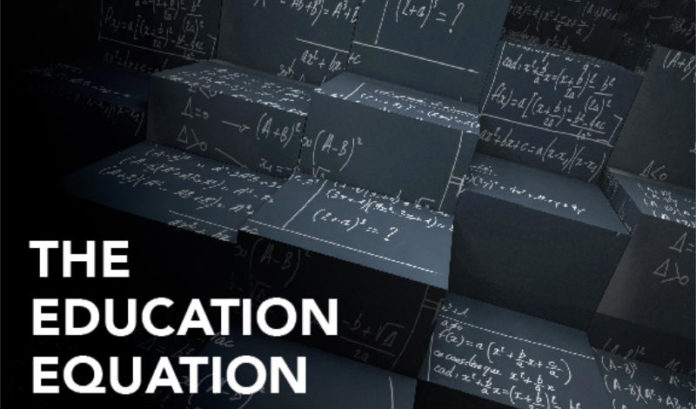 New Jersey is short about 200,000 millennials. And it’s more than a simple math problem.

As the largest living generation, any loss of this age group to outmigration translates to a loss of dollars to the state’s economy, both now and in the future.

So said the New Jersey Business & Industry Association, which has been searching for solutions to this outmigration problem.

On Thursday, the NJBIA released “The Education Equation: Strategies for Retaining and Attracting New Jersey’s Future Workforce,” a white paper prepared by a post-secondary task force created by the association.

Michele Siekerka, the CEO and president of the NJBIA, said the report suggests policy changes to incentivize the younger generation to stay in the state for their college years by making education more affordable.

Siekerka said she is hopeful the ideas will be embraced by new Gov. Phil Murphy, who made a promise to make community college in the state free one of the talking points of his campaign.

“Millennials are the future of New Jersey’s workforce, and they will ultimately be the drivers of the state economy,” the report said. “In order to ensure a successful future for the Garden State, New Jersey must first attract and retain millennials.”

The report highlights a number of issues.

New Jersey’s failure to not only keep high school graduates in-state for college, but also the state’s inability to attract from outside the state. This, it said, could be a branding problem.

“Despite an ideally centralized location, nationally recognized high school academics, quality higher education institutions and a highly educated, highly skilled workforce, New Jersey struggles to retain and attract young millennials to the state,” the report said. “This could partially be due to the lack of branding for New Jersey’s postsecondary education system as a whole.”

The need for the state to create a better awareness of its offerings for need-based aid to attend higher education institutions, as well as explore creative partnerships to encourage a variety of post-secondary education, according to the report.

This includes greater focus on community college and vo-tech schools — an idea already taking shape due to the needs of the manufacturing industry in the state. The hope is that this can help employers who have said they cannot fill vacancies with skilled employees.

“There is tremendous innovation in higher education going on in the state, we are just not shining enough of a light on it,” Siekerka said.

The need is urgent, Siekerka said.

Despite a highly regarded reputation, the report said the state is not getting its return on investment of $20,000 per pupil per year through K-12 schooling.

With the outmigration, burden of tuition cost, high need for remedial courses and a lack of awareness of career and educational opportunities, the report said the state needs to take steps to improve New Jersey’s prospects.

In the end, it will depend on how the recommendations take effect.

They could become the basis of new legislation, greater collaboration at institutions or simply result in greater awareness, Siekerka said.

“These recommendations set a comprehensive stage for discussions on New Jersey’s future workforce,” she said. “How do we retain? How do we attract? And how do we build the skills that we need?”

Menendez in the lead for Senate over Hugin, but by a...