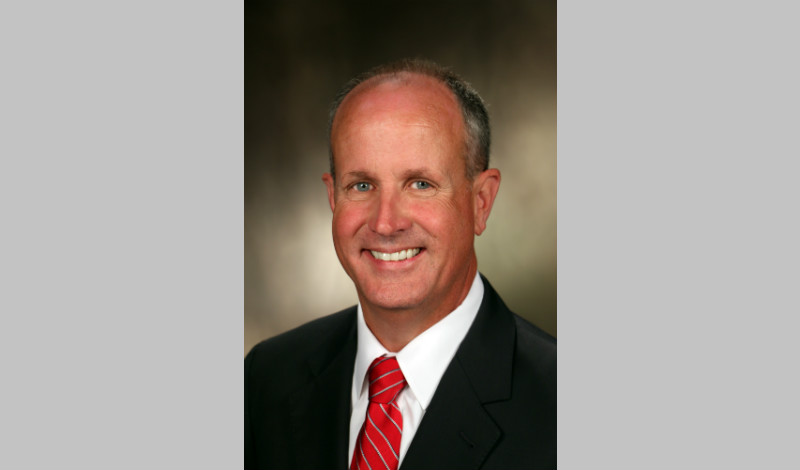 Bernie Flynn, the longtime head of New Jersey Manufacturers and a respected business leader known for his relentless efforts to raise the profile of the state, announced his retirement Friday afternoon, effective April 27.

Flynn has served as CEO and president of NJM since 2008.

“Bernie guided NJM through some challenging times during his 10-year tenure as CEO — including the Great Recession and Superstorm Sandy — ensuring every day that we honor our commitment to be there when our policyholders need us,” Neuwirth said in a release. “His commitment resonates throughout the company, and under his guidance NJM strengthened its national reputation for outstanding customer and claims service, while advancing the company’s already exceptionally strong capital position to ensure policyholders are well protected now and in the years to come.

“At the same time — and in the face of these challenges — Bernie demonstrated true vision by keeping NJM’s focus on the future and leading transformational technology advancements that ensure the company remains a market leader in the property casualty industry, and is well positioned to expand and enhance the products and services it provides to an ever-increasing policyholder base for decades to come. On behalf of our board, we thank Bernie for his years of dedicated service and leadership.”

Tom Bracken, the CEO and president of the New Jersey Chamber of Commerce, told ROI-NJ that Flynn’s influence in business went far beyond NJM.

“Bernie Flynn, in the last decade, could be called the most committed CEO in the state of New Jersey,” Bracken said. “He continually gave back to the state, personally and professionally, with the backing of his company. He led many significant initiatives throughout the state.”

Bracken said Flynn’s retirement will leave a void. He hopes, however, that more business leaders will follow the manner in which he operated.

“Bernie is an example of what corporate leadership needs to be in New Jersey,” Bracken said. “He has left a high bar for others to meet.

“It’s not only what Bernie does, but how he does it. His whole demeanor is user-friendly and invites the participation of others. He is a treasure.”

Livingston, who joined NJM in 2006, has served on the board of directors since 2013. Prior to joining NJM, Livingston was a partner in a Trenton-based law firm, specializing in insurance regulatory law and appellate practice, after beginning his career as a deputy attorney general representing the New Jersey Department of Banking and Insurance.

Flynn feels Livingston is the right person to succeed him.

“Mitch and I have worked closely together in developing NJM’s vision for the future and strategic plan over the past several years,” Flynn said in the release. “That experience, along with the expertise he’s gained in all aspects of the company as chief operating officer, positions him to successfully build on NJM’s legacy.”

Livingston said he is humbled to get the opportunity. He will be just the ninth president in the company’s 104-year history.

“I’m honored and humbled that our board of directors has the confidence in me to lead this tremendous organization through the next phase of its growth,” he said in the release. “Bernie’s vision and unbridled commitment to the mission of mutuality that has been at the core of NJM’s success over the last century has positioned us well for the future.

“I look forward to working alongside our committed and talented employees to build on that strong foundation as we continue to serve an ever-expanding policyholder base.”

Neuwirth said the board is thrilled to pass the leadership role to Livingston, a role Flynn helped groom him for.

“The transparency and vision by which Bernie has led the organization can also be found in his commitment to building a strong succession plan,” Neuwirth said in the release. “He has ensured the right people are in place, including his own successor, to uphold the company’s values and meet the changing needs of its customers long into the future.

“The board is confident that Mitch’s experience as a seasoned NJM executive, industry veteran and strategic planner, coupled with his moral conviction, make him the right person to lead NJM as it innovates and expands into new markets.”

Flynn currently serves as co-chair of Greater Trenton, a nonprofit whose mission is to advance economic development and revitalization projects in New Jersey’s capital city, and is vice chair of NJTV, New Jersey’s public television network.

Flynn also is the former chairman and a founding board member of Choose New Jersey, an independent, privately funded and managed nonprofit that markets the Garden State as a premier location for businesses looking to expand or relocate.

“Bernie Flynn has worked tirelessly to advance economic development in New Jersey. As a founding member of Choose New Jersey’s board of directors and our board chair from 2012 through 2014, his continued support has been invaluable in helping us attract jobs and investment to our state,” said Michele Brown, Choose’s CEO and president. “We truly appreciate Bernie’s dedication to our mission, and congratulate him as he writes the next chapter in his career.”

Flynn, in the release, said he was thrilled for the time he had at NJM.

“Leading a team that is so devoted to our customers, so faithful to our values and so supportive of one another has been a remarkable privilege,” he said.

TD Bank ranks No. 1 in customer satisfaction by J.D. Power...