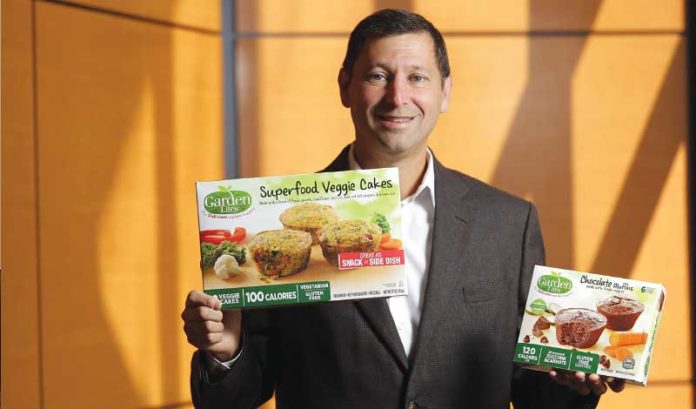 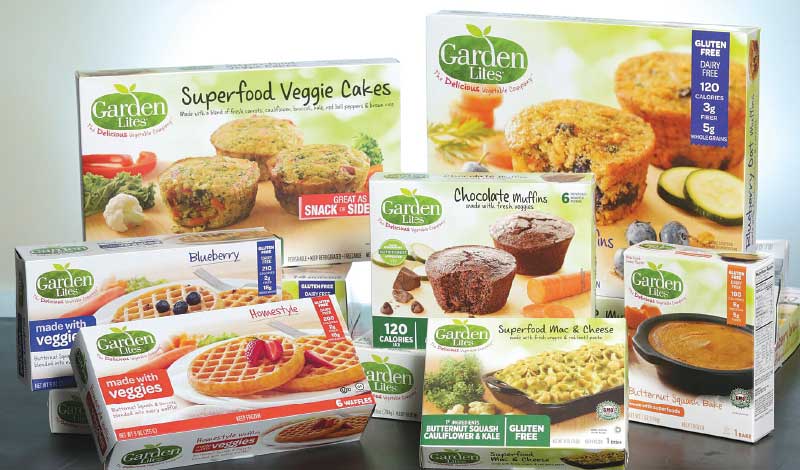 A variety of frozen products from Garden Lites. ­

Vegetable-rich. Gluten-free. Nut-free. And anything but bland.

That is the unique promise of Garden Lites, a frozen food manufacturer that moved to New Jersey in November.

“Consumers are wild about gluten-free and natural choices, and, with the added benefits of vegetables as the first and primary ingredient, Garden Lites answers the call of American consumers for nutritious and delicious food,” Andy Reichgut, executive vice president and chief marketing officer, said.

Consumers certainly are beginning to understand — and adopt — its proposition.

To meet significant growth and demand, Garden Lites, which manufactures foods such as muffins, waffles, savory veggie cakes and more, moved its nearly 175 employees from Jamaica, New York, to a new, state-of-the-art, 40,000-square-foot manufacturing plant in Avenel and corporate office in Rahway.

“We’ve been growing at very strong rates over the last couple of years and are currently still in a major growth mode now,” Reichgut said. “We are looking to hire a lot of people in New Jersey.”

By 2004, New Classic Cooking was manufacturing refrigerated Kosher food. Upon learning that just 1 in 10 Americans eats the daily recommended amount of vegetables, the company created Garden Lites, a certified Kosher, vegetable-rich brand, in 2010.

“The messages about what is healthy or not have continuously changed over the last 40 years, from low-fat to low-carb to low-calorie and so on,” Reichgut said. “But the one message that has never changed is, ‘Eat your fruits and vegetables.’

“While consumers don’t have a problem eating fruit, it has been really hard to get people in this country to eat vegetables. What Garden Lites decided is that they were going to show people how to make vegetables delicious by doing it for them.”

Reichgut came to work for Garden Lites in 2013 after having worked as senior vice president at Pinnacle Foods, a billion-dollar food company in Parsippany.

“I was looking to help build something that I could be really proud of, and I believe I have done that by showing people how amazing vegetables can taste,” he said.

Each 100-calorie “cake,” which typically sells in bulk at around $2.49 each, is made simply with carrots, cauliflower, broccoli, kale, onion, red bell pepper, zucchini, brown rice, eggs, spices — and not much else.

“Consumers are amazed by how good and versatile a product it is,” Reichgut said. “They can eat it as a snack, a side dish, a light lunch or for breakfast.

“The product has seen just astronomical growth and success in retail.”

“There are a lot of products out there that have preservatives and artificial ingredients,” Reichgut said. “We don’t. We use 100 percent clean and often non-GMO ingredients.

“But, we didn’t want to stop there. A lot of brands out there may have ‘clean’ ingredients, but the food that they are offering still isn’t healthy. Pasta and cheese, even if it is ‘clean’ and ‘organic,’ does not have a lot of nutritional value. So, we came up with a mac and cheese that also is healthy by using a pasta made with red lentil, a gluten-free superfood, and taking butternut squash, cauliflower and kale and blending it with our cheese sauce.

“That is the kind of stuff we are doing that no one else is in the marketplace.”

While Garden Lites products can be purchased via its own e-commerce platform, TheHealthFoodStore.com, focused marketing behind the brand’s “promise” has helped to drive tremendous sales of products in stores such as Target, Walmart, ShopRite, Kings and Acme, Reichgut said.

“In addition to expanding our distribution and innovative portfolios, the products already in stores have been selling a lot faster,” Reichgut said.

Sales spiked over the past two years, growing more than 100 percent.

“In the midst of our move to New Jersey, we had a tremendous amount of demand that we were still able to meet,” Reichgut said. “We are very excited about just how well the plant is running and how well our employees are performing.”

Reichgut said the company always is planning for additional expansion and just how it will meet the growing demand moving forward.

“While there are some products out there that are like ours, no one is standing for vegetables to be the first and primary ingredients in everything they do,” Reichgut said. “We think we are on to something powerful with Garden Lites and are planning for a bright future.”

Parents always are trying to get their kids to eat their veggies.

Garden Lites in Avenel manufactures popular frozen and kid-friendly foods such as waffles and muffins using vegetables as their primary ingredients.

Each contains more than one-third vegetables.

Each 80-calorie muffin contains less than 6 grams of sugar each.

“We were inundated with requests from parents last year, which is just one of the many reasons we have had to staff up,” Reichgut said.

Though Garden Lites markets itself as a “veggie-first” company rather than a gluten-free one, Andy Reichgut, executive vice president and chief marketing officer, said it is still important to cater to that consumer base by baking all its products without glutenous ingredients.

“There are very few gluten-free options out there that are healthy,” Reichgut said. “Most prepared gluten-free products are often stuffed with tons of fat, salt and sugar.

“We, on the other hand, have shown that you can in fact make gluten-free products that are both delicious and healthy.”