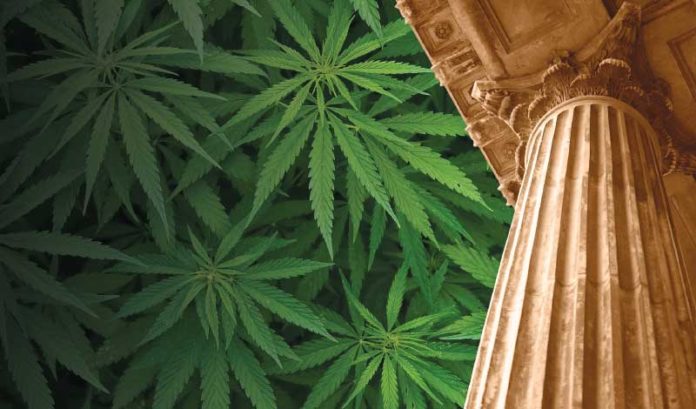 As the head of EisnerAmper’s national cannabis group, Rick Frimmer has traveled the country, visiting many of the 30 states where cannabis has been legalized in some capacity, and many of the 20 where it has not been.

But, no matter which state he is in, Frimmer said, he frequently hears a misperception about banking being passed off as the truth.

“There are many people who think because you can’t have interstate commerce on cannabis, because it violates federal law, that you can’t have banking,” he said. “That is absolutely not true.”

Speaking at ROI-NJ’s Thought Leadership Series, “The State of Cannabis: A Green Rush is Coming to New Jersey,” Frimmer told the audience at Mayfair Farms in West Orange that the federal government already accepts cannabis cash, even though it remains an illegal substance by federal guidelines.

“This has been sort of a big myth nationally, because everyone thought (that because) the Federal Reserve system was interstate, that there was no banking going on. There is banking going on.”

Frimmer said cannabis businesses and their banks have to pay attention to two things.

“The real trick in banking has to do with two laws: anti-money laundering and bank secrecy acts,” he said. “Each one requires a bank to report something called an SAR, suspected activity report. So, banks that take in cannabis clients have just been doing a lot of SAR reports.

The industry was thrown into an uproar earlier this month when U.S. Attorney General Jeff Sessions revoked what is known as the Cole Memo — a report by the AG’s office under former President Barack Obama that said enforcing laws related to cannabis was a low priority, seemingly giving a green light for states to go ahead.

Frimmer said he expects, any day now, for the Federal Crimes Enforcement Network, or FinCen, to update its policy, too.

“There’s definitely going to be a FinCen guideline coming down in the next week that is going to mirror the revocation of the Cole Memo,” he said. “That is going to throw banks into a little bit of a tizzy.”

It will not, however, mean banks will stop accepting cannabis money, Frimmer said.

David Cunic, who has started five cannabis businesses of his own and helped countless others in multiple states do the same, said he has done business with banks in a number of states.

The key, he said, is to be smart and sensible.

“As someone who has opened up many bank accounts in many states, (my advice is) when you open your bank account, be smart, don’t use the word marijuana, don’t use 420 (a slang term related to cannabis),” he said.

Cunic, CEO and co-founder of davidcunic.com, a site devoted to the business of cannabis, said it’s just a part of what the industry must deal with until further legislation comes out.

“Right now, you’ve got to play the game a bit and use the proper terms,” he said.

Some feel the creation of unique banks to handle the money is the answer.

South Dakota has a state bank, which was one of Gov. Phil Murphy’s pitches during the campaign.

The effectiveness of either for cannabis proceeds is hard to gauge.

Frimmer, however, said there may be no need to. He expects the banking issue will be worked out in less time than it takes to find an alternative.

“I believe this will all be solved by the end of the year,” he said. “I’m believing and hoping, because too many people have too much money invested in this.”