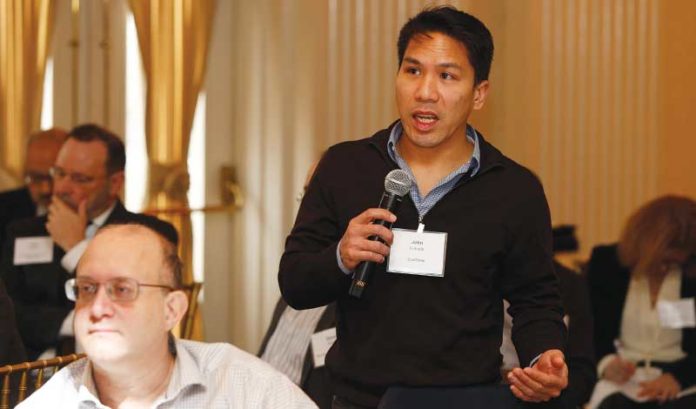 We gave the audience ample time to ask questions of our panelists at ROI-NJ’s Thought Leadership Series, “The State of Cannabis: A Green Rush is Coming to New Jersey.”

A look at some questions, and the answers from Bill Caruso of Archer & Greiner, Rick Frimmer of EisnerAmper and David Cunic of davidcunic.com. Answers have been condensed for clarity:

Q: Is there a need for a new regulatory agency or government department, like the ABC for alcohol, for cannabis?

Rick Frimmer: In California, they started with two agencies in 2017, but it has now been combined. They did create a new state agency, called the Bureau of Cannabis Control, because they realized the amount of people they were going to need to process licenses, follow up compliance and track and trace, all of these things, (was too much to handle). This is like a new Department of Health.

I think New Jersey and the other states that are getting into it are going to study other states, as they did with legislation. And I think, in two or three years, you’ll start to see gravitation to a separate bureau, because the stakes are just too high.

Bill Caruso: Right now, we have a legal medicinal program. That has to be rooted in the Department of Health; that’s where it has been, and it will continue there. We don’t have a legal operation yet. We have some legislation proposals floating around, one of which includes a state department.

I suspect there will be some agency that will be in charge on the legal side of cannabis. I think medicinal will stay in the Department of Health, where a ton of work will go on. Their work started yesterday. They are going to give specific recommendations back to (Gov. Phil Murphy) and I think you’re going to see some regulatory changes.

Q: As cannabis becomes more prevalent in the U.S. — and this is a money grab for many — will that money be divided among so many states that New Jersey may not see as much money as it is planning?

RF: When a new business starts, there’s going to be an awful lot of that supply-demand dynamics. Let’s look at Colorado. Wholesale prices have come down two-thirds in the past two years. They started at $1,800 a pound, they are below $700 a pound. In California, $1,400 is down to $700.

The more suppliers that come on board are just catching up to demand. You’re starting to see a regular market. This will be a gravy train for the early entrants, but, as the industry matures, it will be the normal supply-demand. Eventually, when interstate commerce comes into play, all of the small people are going to get replaced with big money, and you’re going to see huge industries involved in this.

Q: Is there a way to ensure the potential revenue from cannabis is distributed in an equitable way?

BC: The money matters to taxpayers, the money matters to our elected officials, but it’s beyond our new governor. There’s a racial and social justice aspect to this. If we do this right, the money will flow here, but it will flow in a fair economic way that’s going to grow this economy. We’re talking about a billion dollars of potential revenue that will come into the state.

(It can) be done in a way that will lift up our urban areas (and) our suburban areas, all of which are decaying for different reasons right now.

(READ MORE from ROI-NJ’s event on cannabis business opportunities, and cannabis and banks.)

Q: So, how should the state set this up?

BC: We don’t want this to be solely located in urban areas. (There needs) to be a blend throughout our state. We want to make sure the ownership is right. I think you’ll see a focus not as much on geography, but on set-asides and ownerships. I think there is a nod from the governmental leaders to make sure that the industry that we create is diverse.

The first African-American woman owner in Colorado was just announced last year. We’re going to fix that in New Jersey. Our industry is going to look like our state if we do this right. And there’s a commitment by the governor and this Legislature to do that.

Q: The opposition takes a number of forms and arguments, including gateway drug, safety issues and crime. When you look at states that have been legalized, do you have any data on increased crime rates?

RF: In first 12-18 months, the usual spike in crime occurred. It’s safe to say, any black-market item that ultimately gets legalized, in the short fall, you have tension between those who still want to operate illegally and those who have embraced the idea of operating legally.

There’s always that tension in the early periods, but, as the economy heats up a little bit, you find that legalization results in less crime than more.

BC: As for teen use, and I’m the parent of four boys, they can get it right now without legalization. We’ve actually seen it go down in Colorado. Why? They can’t get it as easily on the street corner.

Q: If you get your medical marijuana card, does that mean you automatically lose your federal firearms permit?

David Cunic: That varies from state to state.