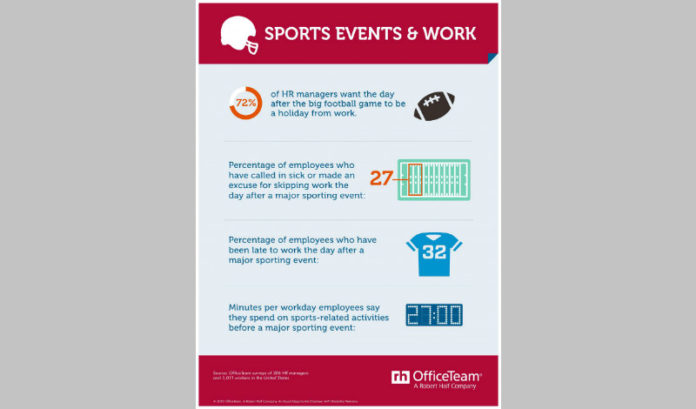 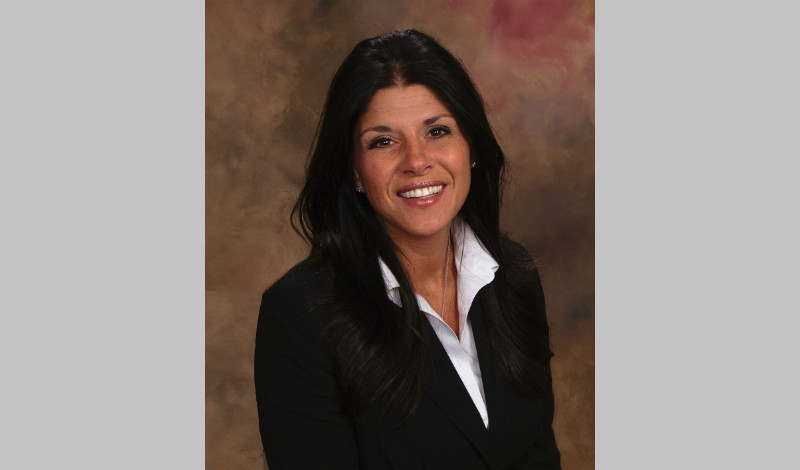 Christine Rowe, regional manager for Robert Half and OfficeTeam in New Jersey. – Robert Half

Good news, sports fans: A recent survey by staffing company OfficeTeam found that 72 percent of human resources managers think the Monday after the Super Bowl should be a paid national holiday from work.

OfficeTeam, part of the Robert Half family, also found that 27 percent of employees have skipped work after a sporting event, while 32 percent have been late the day after a big game.

“The ‘big game’ creates a certain level of buzz for many companies in New Jersey — even if the local team is not involved,” Christine Rowe, regional manager for Robert Half and OfficeTeam in New Jersey, told ROI-NJ. “Our research shows that, because of the late start time and festivities, work the next day can be a struggle. We recommend that managers, in addition to creating some buzz in the office in the days leading up to the game, work closely with their teams to arrange time off or breaks/activities the next day, so that productivity does not slip. This will help improve morale during an exciting time in the office.”

Only the day after the Super Bowl received so much support in the survey. No other big game or event, such as the final game of the World Series or the Academy Awards, got more than 5 percent support for a postgame day off.

Seventeen percent of HR managers said no event was worthy of such time off.

“It’s not always practical for organizations to give employees the day off after a big game, but allowing a little leeway in the morning could help,” Brandi Britton, a district president for OfficeTeam, said in a prepared statement. “… All professionals need opportunities to relax and recharge. To keep projects on track during popular events, employers should ask staff to make time-off requests early if they want to enjoy a game, and bring in interim workers for absences.”

OfficeTeam said it surveyed more than 300 HR managers at U.S. companies with 20 or more employees, as well as more than 1,000 U.S. workers.