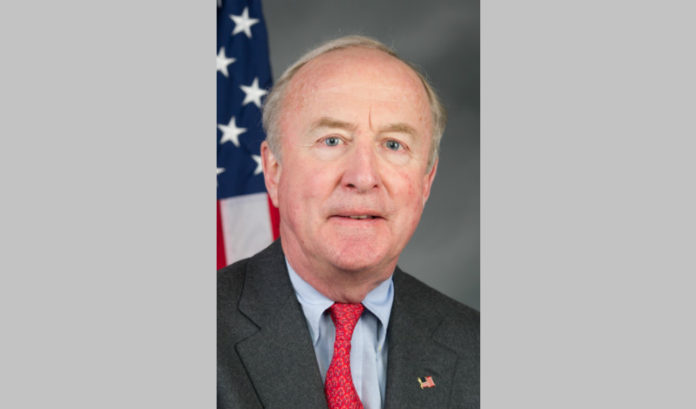 When U.S. Rep. Rodney Frelinghuysen announced Monday morning that he will not run for re-election this fall, it was a blow to the power the state of New Jersey has in the House as well as for his Republican party.

“I think that there is a great deal of enthusiasm and excitement among the Democrats because they perceive this now as an even greater pickup opportunity,” she said. “But, I think it’s important to caution that this is a district that is gerrymandered to be a Republican district.”

The impact of Frelinghuysen’s departure on New Jersey’s influence in the House is assured.

As the chairman of the Appropriations Committee, Frelinghuysen (R-11th Dist.) gave New Jersey a powerful spot in the House. One the state almost is certain to lose.

“Given the importance of seniority in the House of Representatives in determining committee assignments, and given the importance of being in the majority party in Congress, let’s assume both seats go Democrat, then you have junior Democratic Congress members,” Harrison said. “They will be in the minority party and new on the political scene in the house — that means ultimately less influence in the House than New Jersey currently has.”

Harrison said Frelinghuysen’s reputation changed toward the end of his time in office.

“For most of his tenure in the House, before President (Donald) Trump was in office, many of his constituents perceived (Frelinghuysen) to be a relatively moderate Republican, the old-school bipartisan model, a middle-of-the-road guy,” she said. “I think that, in the past year, a lot of his constituents and other observers have been surprised by the extent to which he has advocated for and voted for the Trump agenda.”

Jenkins said the 11th District has been considered marginal in the past few cycles and narrowly went to President Donald Trump in the 2016 election.

In addition, Jenkins said, there also has been a lot of grassroots activity in the district, referring to the NJ 11th For Change organization.

“They seem to have a good amount of funding,” she said. “That is the first time he has had to face that degree of pushback from his constituents.”

Even though Frelinghuysen represents more affluent suburbs, Hillary Clinton lost by only one point in a (until then) safely Republican district.

In addition to the loss of LoBiondo, Jenkins said another Republican, Leonard Lance in the 7th District, should also be watched closely.

In the last election, Lance faced a surprisingly strong competitor in newcomer Peter Jacob, who is now one of at least three who have declared their bid to unseat the incumbent in the upcoming one.

“I want to thank Congressman Frelinghuysen for his more than 23 years of service to the people of New Jersey’s 11th Congressional District,” he said in a statement. “Public service runs deep in the Frelinghuysen family and, while we have not always agreed on the issues, Rodney has always been a dedicated public servant who has stood by his convictions.

“Tammy and I wish Rodney and Virginia all the best in the next chapter and look forward to continue working together on issues important to the future of our state.”

Murphy’s ratings dropping a bit — but most feel N.J. heading...

Unanue, in TV spot, says country needs to get back to...