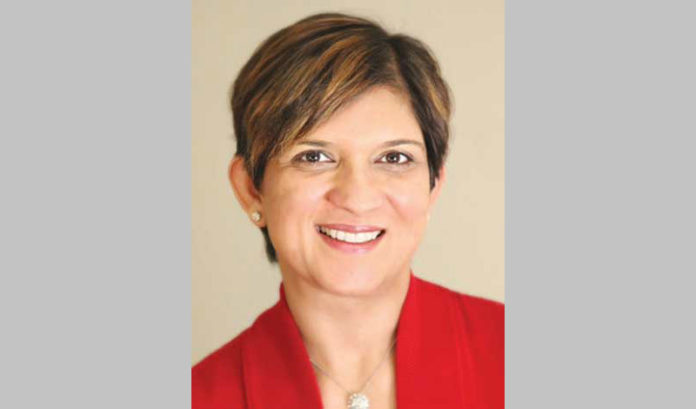 West Windsor Councilwoman Ayesha Hamilton announced her candidacy for the seat left open by Assemblywoman Liz Muoio after the latter was scooped up by Gov. Phil Murphy as his nominee as the state’s new treasurer.

While the nomination of Muoio (D-Trenton) remains to be confirmed by the Senate, her seat now has a contested race with Hamilton’s entrance.

Anthony Verrelli, Mercer County freeholder and president of Northeast Regional Council of Carpenters Local 254, announced his candidacy a week after Murphy’s inauguration, which signaled the vacating of Muoio’s seat.

Last week, Hamilton threw her hat in the ring.

Hamilton’s entry signals the increasing growth of South Asians in the New Jersey political landscape, and could be a history-maker, as she would be the first South Asian woman to hold state-level office.

“In fact, it didn’t occur to me until someone else pointed it out,” Hamilton told ROI-NJ Friday.

And she realizes it’s a longshot without the usual political connections.

“Is it a long shot? Maybe. But, sometimes, being the fresh new voice is a good thing.”

Verrelli said in a statement that he was focused on fighting for the working class as he has done for the past 20 years, and was ready to work with the Democratic Committee to fill Muoio’s shoes.

“I am ready to be a voice for the voiceless. I look forward to a fair and transparent Democratic Convention. I am looking forward to speaking with our Democratic committeepeople all over the district about the strong Democratic leadership that I am ready to bring to the New Jersey General Assembly. I know Assemblywoman Liz Muoio left big shoes to fill, but I am going to work hard and continue to push a strong Democratic agenda forward,” he said.

(READ MORE from ROI-NJ on South Asian women in politics.)

By comparison, Hamilton has only been in local politics just over two years.

She said she first realized her desire to serve in higher office in the past few months, while serving on Murphy’s transition team.

“I’m more of a policy person, and I think I can make a difference,” Hamilton said.

An employment lawyer with her own firm, Hamilton Law Firm P.C., she sat on the Labor and Workforce committee and helped outline practical policy for jobs, career training and ways to keep companies in the state.

“All of these things are so important, but I can’t do that at the township level,” she said. “Sometimes, you have to think about where you can make a difference, and this spot opens up, and I think ‘I’ll just throw my hat in the ring.'”

Business group leaders apprehensive about budget: Siekerka says, ‘This is all...