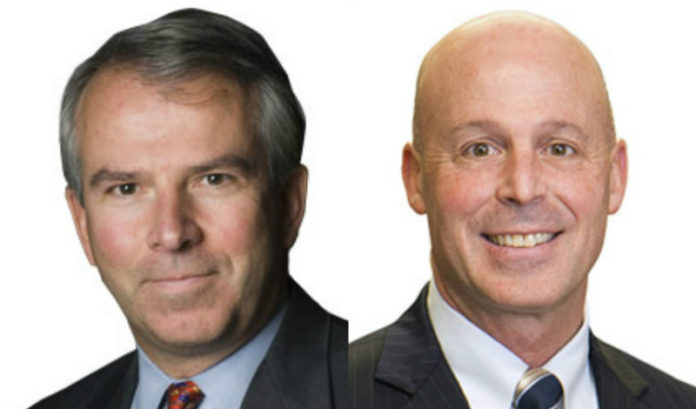 What’s next for him is unclear.

Hugin’s future plans were not announced, though it has been widely speculated that a run for U.S. Senate could be in his future.

Hugin could be a challenger for Robert Menendez’s seat, which is up this November. Menendez is facing a second trial on corruption charges this summer.

“I think a lot of people will be behind Bob if he decides to run,” Bill Palatucci, New Jersey’s Republican national committeeman, told Politico New Jersey’s Matt Friedman earlier this month.

Hugin, who retired as CEO of Celgene in 2016, is also stepping down from the company’s board of directors.

“It has been a tremendous privilege to be part of Celgene’s growth and to help advance Celgene’s mission to serve patients through scientific breakthroughs in the treatment of cancer and other serious medical conditions,” Hugin said. “I am thankful to my colleagues at Celgene, as well as to patient advocates, medical researchers and physicians across New Jersey and throughout the health care system for their collaboration in advancing this fundamentally important mission in the service of patients.”

Hugin joined the company in 1999 as chief financial officer. He then served as president and chief operating officer from 2006 to 2010, and CEO from 2010 until being named executive chairman in March 2016. He was elected to serve on the board of directors in 2001 and became chairman in 2011.

“Bob Hugin has contributed immeasurably to Celgene during his 19-year tenure. Under his stellar strategic leadership and guidance, Celgene has achieved unprecedented growth, produced extraordinary business results and, most importantly, has developed and delivered transformational therapies for patients,” Alles said. “Bob is an inspirational leader, a mentor and a friend to everyone associated with the organization. On behalf of all Celgene employees, we wish Bob and his family the best in the next chapter of his life.”

Alles has been with Celgene since 2004. Prior to becoming CEO in 2016, he was president and COO. Before that, he was executive vice president and global head of hematology and oncology.