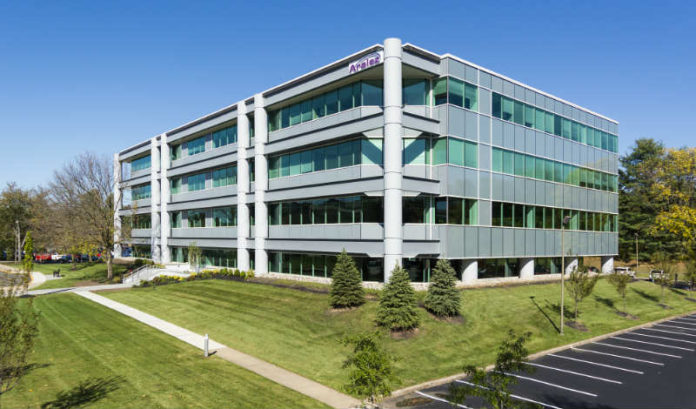 Fairfield-based Woodmont Properties announced that CBRE will serve as the exclusive leasing agent for the newly-renovated, Class A office building at 400 Alexander Park in Princeton.

Approximately $11 million worth of capital improvements went into the office building, Woodmont Properties said. It implemented a variety of upgrades that enhanced the overall energy performance of the property, including a new curtainwall system; a redesign of the lobby and the building’s core areas; and installing new mechanical, electrical and energy-efficient heating and air conditioning equipment. The building is currently waiting for its LEED certification.

“While 400 Alexander Park already had a strong presence in the Princeton market, which is known for its commercial vitality that has attracted many large corporations, the modernization of the property has set it apart in the market,” said Eric Witmondt, CEO of Woodmont Properties. “We’re excited to partner with CBRE, as we prepare for new companies to occupy this world-class space.”

The building is within close proximity to the New Jersey Turnpike, Interstate 295 and Route 130, as well as the Princeton Junction Train Station.

“With its extraordinary location within walking distance of the train station and its superior state-of-the-art building systems, we have been actively touring the building with forward-looking companies seeking both flexibility and convenience for their employees who are required to travel,” Sica said. “The park-like setting, walking trails and bike paths also add to the building’s outstanding appeal.”