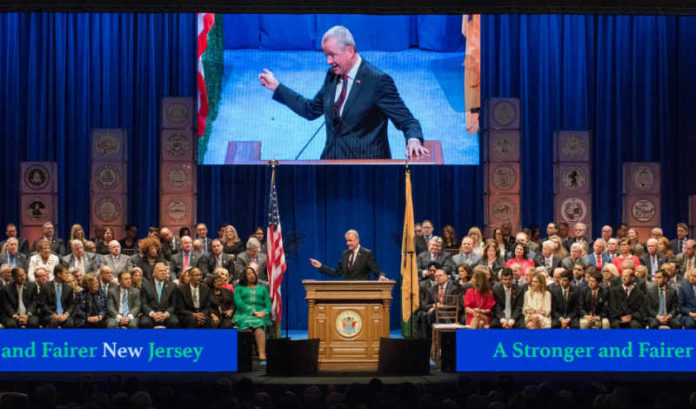 The first poll of Gov. Phil Murphy’s approval rating found the new governor of New Jersey is more popular than predecessor Chris Christie was when he left office — but not nearly as popular as Christie or previous Gov. Jon Corzine were when they started their terms.

Murphy’s approval rating came in at 35 percent in the Fairleigh Dickinson University PublicMind poll released this week, with 21 percent disapproving and 40 percent saying they do not yet have an opinion.

The final approval poll for Christie found he had a record-low 17 percent approval rating. Murphy was inaugurated Jan. 16.

“At this point, support, or lack thereof, for Murphy is more of a gut reaction,” Krista Jenkins, director of the poll and an FDU professor of political science, said in a prepared statement. “However, it’s notable that Murphy fares worse in the so-called ‘honeymoon period’ than Christie and Jon Corzine.”

On the bright side for the new governor, more than double the number of respondents think the state is headed in the right direction since the month before Murphy was elected. Today, 39 percent of those who answered think the state is on solid footing, compared with only 18 percent in October 2017.

“This is good news for Murphy,” Jenkins said. “Since nothing has really happened to explain why more today believe the state is headed in the right direction, it looks like a new administration is a big part of why. But right direction/wrong track is still upside-down. There’s a lot of work to be done in the state to restore the public’s faith that leaders are making the right choices for New Jersey.”

The poll was conducted by telephone between Jan. 24-28, surveying a random sample of 810 adults in New Jersey. The margin of error is +/- 3.8 percentage points.