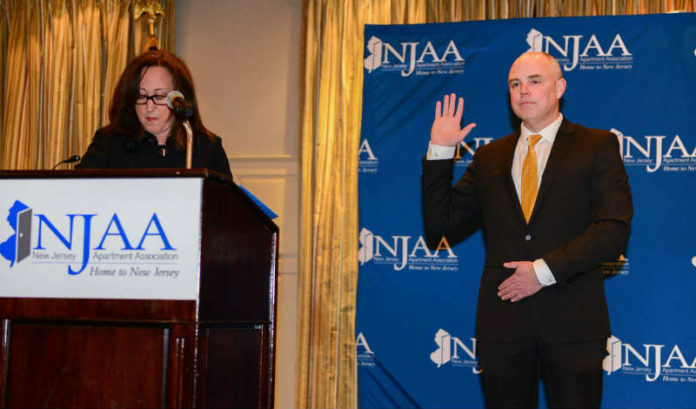 Stephen Waters, senior vice president of facility operations at Morgan Properties, has been elected president of the New Jersey Apartment Association board for 2018-2020, the organization announced recently.

Waters, who works for a Pennsylvania-based real estate investment management company, was inducted at the NJAA’s annual meeting Jan. 24. He will serve through mid-January 2020.

“The entire NJAA team is thrilled to work directly with Stephen,” Executive Director David Brogan said in a prepared statement. “He brings with him a wealth of ideas and knowledge that will surely build upon the legacy of our previous leaders. A strategic thinker and exceptionally hard worker, Steve will continue to propel our association forward.”

In his new role, Waters will focus on enhancing the Monroe Township-based NJAA’s government affairs efforts on the state and local levels, as well as bolstering the perception of the multifamily housing industry.

“For nearly two decades, I have held an active role with the NJAA, and it’s truly an honor to have been elected as the organization’s board president for the next term,” he said in a statement. “I am very humbled to represent the state’s multifamily sector, and continue serving as both a mentor to those starting out in the industry and those joining Morgan Properties.”

A recent acquisition in Collingswood made Morgan Properties the largest owner/operator of multifamily real estate in New Jersey, according to NJAA.