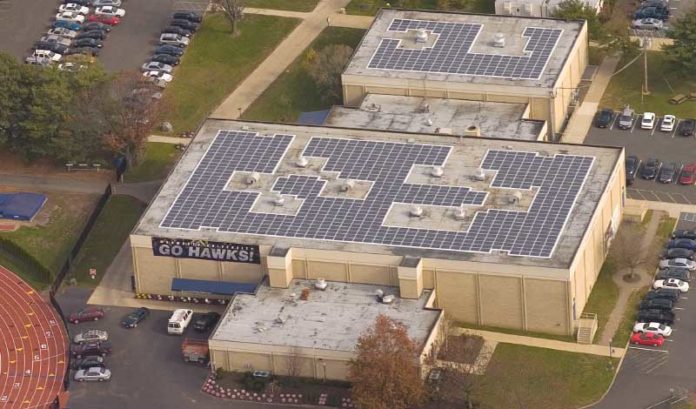 Many lights never switch off in a dormitory on the night before midterms; this consumes energy that can’t be restored with midnight caffeine.

Frank DiCola, chairman and CEO of DCO Energy LLC, said that, for many reasons, colleges are some of the most power-reliant institutions out there.

“Typical hospitals, for example, may be 2 megawatts, or up to about 5 megawatts at a larger one,” he said. “A medium-sized college can require 11 megawatts or more.”

So, for a company looking to take on energy projects in the region, it makes sense for DCO Energy’s leaders to go back to school.

And it’s a good time to do so, DiCola said.

DCO Energy and other energy companies are finding good business in helping fulfill college campus green initiatives today due to the amount of demand at academic institutions.

Case in point: DiCola said about 15 different colleges in New Jersey and elsewhere have reached out to DCO Energy — a company that wasn’t initially focused on higher education — in the past six months.

Interest in what the company could do for universities was piqued after it recently announced it would be installing a microgrid at Montclair State University. The microgrid, which is expected to be operational by June of this year, will allow the university to operate completely independent of local utilities.

The project follows the company retooling the heating, cooling and power systems at Montclair. That prior project, completed in 2012, lowered the school’s energy costs and reduced its carbon footprint.

Energy usage at a university can be high — not only because of the amount of power used, but also certain quirks in how higher education institutions function.

“You get times of really high power consumption — such as the move in and move out transition period for dorms, during football or basketball games, or just special events,” DiCola said. “It’s not the consistent load of something like a hospital. You also, like at Montclair, might have a TV station on campus that requires a lot of power and cooling.”

DiCola added that the usual marketing benefits of investing in renewable energy has been no more apparent than at colleges in recent years.

“A younger generation college student really wants a school to have carbon footprint-reducing efforts,” he said. “These colleges want to attract students, and it’s competitive today.

“Another bonus is that campuses have been adding more and more amenities to bring students in — front of the house items that investments in the back of the house infrastructure free money up for.”

Monmouth University administrator Patricia Swannack said that’s a factor in her school’s many efforts to be good stewards of the environment.

It wasn’t as obvious whether it was worth it a decade ago, when Monmouth became the first university east of Mississippi to go with solar panels on its buildings to reduce its reliance on the power grid.

“In retrospect, I see it as one of the best things we’ve done here,” she said. “And I absolutely have the sense that a lot of colleges have started moving in this same direction.”

Swannack, vice president of the school’s Administrative Services Department, said that, over the years, the school has done so much in terms of investing into energy efficiency that, despite increasing the school’s size by 370,000 square feet since 2008, its energy bill has been shrinking.

And it keeps paying off.

“We’re seeing return on investment these days in sometimes less than a year — and, to me, that makes it a total no-brainer,” she said. “It’s important to students and their families that you’re being environmentally responsible — and you’re saving money. It’s a win-win.”

DCO Energy LLC is based in Mays Landing, a community outside Atlantic City — close enough to the Shore that it felt the destructiveness, however slightly, of Hurricane Sandy five years ago.

That’s a factor in the company’s pick for its next large, local project — potentially establishing an Atlantic City power grid that would serve as a backup in emergencies that knock out larger electric grids.

The company is in an initial planning phases for a microgrid that would supply backup energy to infrastructure such as AtlantiCare Regional Medical Center’s Atlantic City Campus and Caesars and Bally’s Hotels and Casino, which can provide shelter and other services during emergencies.