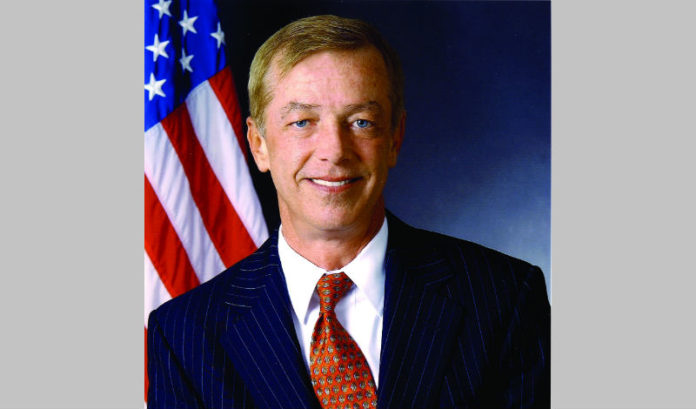 The College of New Jersey and Montclair State University are honoring the late Jamie Fox by establishing two mentorship programs designed to cultivate a new generation of public service professionals.

The programs will work in partnership with the James P. Fox Memorial Fund.

The Jamie Fox Forum on Public Service at Montclair State University and The Jamie Fox Scholars Program at The College of New Jersey will honor Fox, who died in February 2017 after a career in public service.

Fox served governors of both parties.

Eric Shuffler, a fund trustee, said the programs are appropriate for a man who did so much for public service.

“For Jamie, public service was a life’s calling that fueled a thriving 40-year career and spawned many important policy achievements,” Shuffler said. “Jamie was especially passionate about mentoring young people and encouraging careers in government service.

“These two programs, funded by the Fox Memorial Fund, will provide students with real-life experience and advice that will provide a foundation for more young people to seek, obtain and succeed in public-sector jobs.”

According to a release, each scholar will receive one-on-one mentoring and field-based training, as well as participate in a half-day symposium at TCNJ that will feature public-sector leaders, a keynote address, a panel discussion, roundtables and a networking reception.

The Jamie Fox Forum on Public Service at Montclair State University, to start in fall 2018, will give 25 students from colleges and universities throughout New Jersey access to training with public-sector professionals.

According to the release, those selected through a competitive process will be called Fox Fellows, assigned a mentor and work with the mentor throughout the year.

Other components include an annual forum, called The Fox Forum, hosted by Montclair State. The forum will consist of a panel presentation, workshops and a networking reception. Fox Fellows will also gather as a group several times a year and participate in a webinar, called “Preparing for a Career in Government Service.”

Tom Fox, Jamie’s brother and fund trustee, said he is delighted that his brother will remembered in this fashion.

“We are beyond excited and grateful to these two institutions for working with us on developing these dynamic programs, which honor Jamie’s wish to fund educational opportunities for students, particularly in government and other public-sector professions,” Tom Fox said.

“Jamie deeply believed in the higher purpose of government service and in delivering results to the people of New Jersey. These two programs give students concrete ways to explore how they, too, can make a difference through public service.”

TCNJ President Barbara Gitenstein said she was happy her school could be involved.

“Jamie was an extremely talented public servant whose loyalty, honesty and respect for others earned the admiration of both parties,” she said. “As a tribute to his lifelong commitment to public service, we have created this program to promote a similar commitment among generations of students who will pursue careers dedicated to the public good.”

“Jamie’s longstanding commitment to the state of New Jersey and his remarkable ability to create bipartisan alliances for the good of the public sets a powerful example for students interested in government service,” she said.

“Having worked with him for many years to increase support for, and expand access to, public higher education, I am delighted to honor his legacy. We are confident that this program will engage and inspire talented students to become the next generation of leaders.  Those who knew Jamie personally know that he was a warm-hearted and kind human being, and I am sure he would be really pleased to know there were Fox Fellows and Scholars out there in the world.”

Donations to The James P. Fox Memorial Fund Inc., can be sent to River Crossing Strategy Group, 128 W. State St., Trenton, NJ 08608. The fund is a 501(c)(3) nonprofit and donations are deductible to the extent permitted by law.

For more information, contact Eric Shuffler at 609-273-0292 or ericshuffler@yahoo.com.