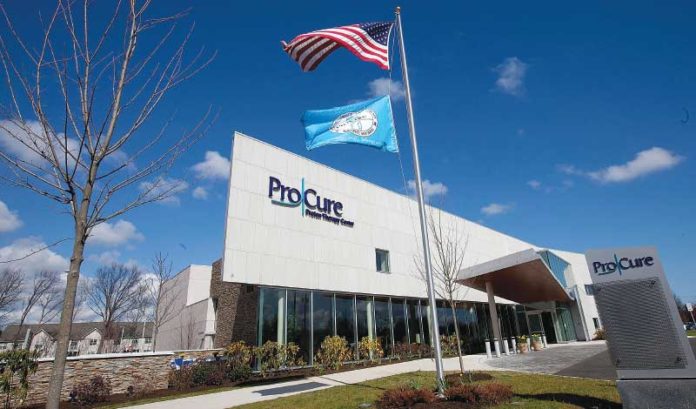 ProCure Proton Therapy Center in Somerset is in a class of its own.

That’s meant to be literal.

Out of the whole tri-state region, it was the first and is still the only center dedicated to proton therapy — a radiation treatment method involving proton particles that has had a vexed history in advocates’ attempts to make it mainstream.

And considering that there are only about two dozen other centers like it in the United States, few patients — or physicians, for that matter — even know much about what proton therapy is. Not that anything involving positively charged subatomic particles is self-explanatory.

But experts in the delivery of proton therapy think that, once its precision in treating certain breast cancers is adequately demonstrated, it may soon be better known. An explanation from Dr. Brian Chon, medical director at the local ProCure facility, about what the therapy actually is, starts with a distinguishing of protons from X-ray photons, or the type of energy beamed at a tumor site in standard radiation therapy.

“Conventional X-ray radiation-based treatments are effective, but they can behave like a blunt instrument, meaning there’s a lot of exposure of normal healthy surrounding tissue around the tumor,” he said. “Consequently, proton therapy was developed with the idea of minimizing that exposure with more precision, and we can do that by 60 to 80 percent due to the uniqueness of beam.”

Although it’s not an entirely new treatment option — having been around since the ’80s — the technology’s use has been limited. There are only around 25 centers in the country that have the hefty, expensive and reportedly labor-intensive machinery required for doing proton therapy. One of those is ProCure, which became the nation’s 10th such center when it opened in 2012. Its primary activity has been — and remains — treating certain cancerous tumors of the prostate, brain, head and neck.

But treating breast cancer, particularly breast cancer affecting the left side, is quickly becoming a focal point for the center.

“It’s one of the areas we’re most excited about here,” Chon said. “Historically, (left-sided breast cancer) was treated with tangential beam radiation that skims along the chest. It was quite effective, but we’ve known for many years that a small portion of the left ventricle of the heart and the main coronary vessel called the left anterior descending artery were being exposed to radiation meant for the breast.”

Chon said it wasn’t until three years ago that a study came out that rattled the medical community’s preconceived notions about how X-ray radiation, low-dose as it was, could affect a patient in this situation in the long run.

Repeated observations of these patients indicated that they could face an about 35 percent increased risk of major cardiac toxicity, a risk that Chon believes proton therapy could diminish. Other studies have already provided evidence that proton therapy reduces radiation to the heart and lungs, according to Chon.

But what the medical community has been asking for from the therapy’s proponents is a randomized, longitudinal trial that compares protons head-to-head with conventional X-ray radiation.

An opportunity to do something like that recently came in the form of the National Cancer Institute awarding ProCure a $10 million grant to evaluate this in a prospective fashion.

If proton therapy’s merits are proven as evidence is gathered over the next five years for this study, it could, as Chon said, “be a quantum leap” — at least in the specific area of minimizing long-term toxicity for left-sided breast cancer patients.

“And that is important, especially for people with a curable disease who are expected to live a long time,” he said.

Already, ProCure has started treating a greater number of these patients. Twenty percent of its patient pool — around 1,000 people each year — are individuals who have been diagnosed with left-sided breast cancer.

Chon considers there to be advantages in select cases for patients with right-sided breast cancer as well, as sometimes a group of lymph nodes that sit right on top of the heart need to be treated.

“In those situations, proton therapy can protect the heart quite well,” Chon said. “And, depending on the patient’s anatomy, a huge portion of the lung can also fall into the field of radiation — and that’s radiation that we think can be reduced with protons.”

But due to the limited number of centers offering this therapy across the country, the far greater majority of patients with either left- or right-sided breast cancer will be treated with X-ray radiation.

And the number of centers doing proton therapy hasn’t risen dramatically in the past few years. The narrative instead has been that centers haven’t served a sufficiently large patient population due to, among other things, pressure from insurers.

Some of the nation’s largest health insurance companies have pushed back against covering the cost of proton therapy, which is at least 30 percent more expensive than the X-ray option.

“The way we look at this is, yes, there’s a higher upfront cost for it,” Chon said, “but if you can advertise that higher cost over lifetime of a young patient being treated for left-sided breast cancer — a 35 percent reduction in the risk in major heart toxicity is providing good value. So, we can take a long-term view.”

Chon doesn’t expect that insurers would balk at the touted advantages of proton therapy once proven more extensively in the study that’s currently underway.

Ahead of that, Chon sees signs that the therapy is already becoming more mainstream. On a local level, both Memorial Sloan Kettering and Mount Sinai have partnered with his institution to examine the use of proton therapy for left-sided breast cancer.

“In fact, if you look at every major cancer center in the country, they either have access to protons or are currently building a new facility for it,” Chon said. “So, we think it’s going to be a treatment that’s at forefront for patients, even if access and awareness limits its prominence in the immediate future.”

CentraState Healthcare System and Princeton Radiation Oncology account for a pair of ProCure partners, and they have been so since the center’s beginning.

Just as proton therapy was developed to outdo other treatment options in terms of precision, new radiation therapy technology is being released all the time that aims to do the same.

Lee said his center is deploying a new technology right now that allows radiation dosage to sync up to a patient’s breathing pattern to limit exposure to healthy tissue and organs like the heart.

“We know that no amount of radiation to the heart is safe,” he said. “To the extent that we can reduce that with technological advances, that’s a benefit to our patients. That’s why we’re early adopters of this.”