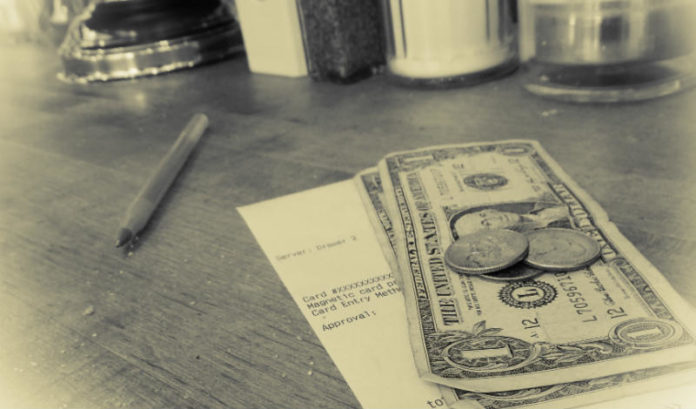 Ever work for tips? It is capitalism in its rawest form.

Hustle to meet your customers’ needs and exceed their expectations, and you are (usually) rewarded for it. Greet them with a smile, remember their names, their favorite cocktails and where they like to sit, and most people will tip you for it. The more competent you are, the more money you make. And under 2011 rules, employers are forbidden from pocketing — or “pooling” — workers’ tips.

But now, a rule change proposed by the U.S. Department of Labor would allow employers to take the tips of workers who are paid the minimum wage.

Proponents call this “tip sharing” and note that it would allow employers to give untipped, back-of-the-house employees a portion of the tips collected. Critics call it “tip stealing” and note that nothing in the proposed rule would require an employer to give untipped workers a share of the tips. If a company wanted to, it could put these “shared” tips right into its own coffers.

That sounds more like stealing than sharing to us.

Yes, in a restaurant, cooks and dishwashers make less than servers and bartenders. Every industry has its hierarchies and pay differences. There’s nothing unusual about this. And the way the proposal is written, employers could use their tip windfall for pretty much anything they wanted, including capital improvements.

According to the Economic Policy Institute, the proposal would take $5.8 billion in tips out of the pockets of workers and give it to employers. Approximately 80 percent of that figure — $4.6 billion — would come from women, who hold most tipped jobs, according to the EPI.

And if a tipped employee in New Jersey makes more than the state minimum wage in tips alone, the employer must still pay the federal minimum of $2.13 in addition to that tipped income.

So, New Jersey’s tipped employees would be hit particularly hard by the proposed new federal rule. They are already guaranteed to make at least the state minimum wage — and no one is taking their tips from them. The EPI estimates that New Jersey workers would lose $120 million a year in tips under the proposal.

Keep in mind, the 2011 federal regulations prohibiting employers from taking employees’ tips have come under attack in the courts. The 10th U.S. Circuit Court of Appeals has invalidated the restrictions in several states. The question of who own tips is indeed a complicated one under the law.

But fundamental fairness — and, indeed, the basic premises of capitalism and a free market — certainly suggest to us that tips belong to the tipped.