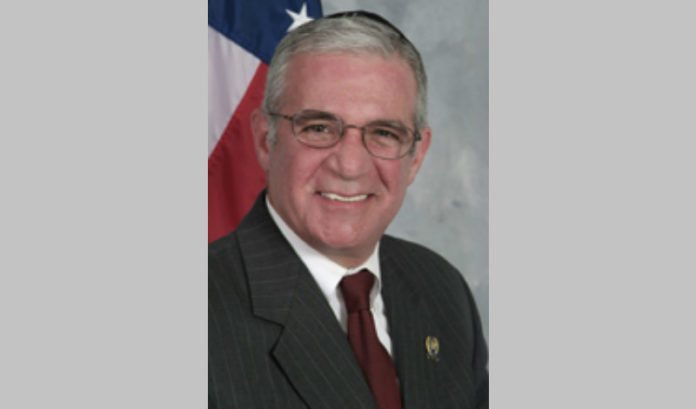 Assemblyman Gary Schaer admonished insurers and health care providers Monday for failing to come to an agreement on the nearly decade-long out-of-network debate.

The issue continues to languish in the Legislature.

During the Assembly Financial Institutions and Insurance Committee hearing Monday, Schaer (D-Passaic), who spearheaded the first attempts to resolve surprise billing issues, asked why the industry has not resolved the issue outside the halls of the State House.

“This issue has been out there,” Schaer said. “Why haven’t the Medical Society, the hospitals, the insurers, sat together and come out with something on your own which could then be considered by this Legislature?

“You’ve reached no agreement in 10 years of discussions on this subject?”

Schaer, who directed his question to the Medical Society of New Jersey, was exaggerating — but only slightly. The bill has been debated for eight years.

Mishael Azam, chief operating officer of MSNJ, said stakeholders have tried to come to the table, but the ongoing sticking point of fair payment for providers has stalled efforts.

The newest version of the bill is sponsored by Assembly Speaker Craig Coughlin (D-Woodbridge) — who also testified at the hearing Monday — and includes Schaer as a co-sponsor.

Meanwhile, in the years that the bill has been debated, the health care industry has endured a number of monumental changes.

This includes, at the federal level, new payment models and technology, increasing tiered and narrow networks, and the Affordable Care Act.

But it also includes changes at the state level.

Anesthesiologists — a group often cited as poster child for what many termed “bad actors” in the out-of-network debate — are in-network with at least one of the major insurers in the state.

And every hospital in the state is now in-network with at least one insurer.

Azam said these changes — and others — have made passing an out-of-network bill difficult.

“Every time we approach this bill, something has changed,” she said.

That includes the legislators debating it.

Since some of the legislators involved in the discussions have changed over the years, many arguments have been re-addressed and repeated in hearings.

That was evident Monday, when some legislators were unaware of the limits of state regulations, including that 70 percent of the state’s residents are covered by self-insured plans, which are regulated by the federal government.

This means that only 30 percent of the state’s covered residents can be protected by any bill the Legislature passes.

That 30 percent currently is protected by an existing state regulation. Those existing rules hold patients harmless, and balance billing is arbitrated through the state Department of Banking and Insurance’s independent arbitrator, Maximus.

Coughlin’s bill does call for an opt-in option, so the self-funded plans can also be protected by state laws.

Azam said that, based on rulings from the U.S. Supreme Court, the provision would be illegal.

Other lobbyists at the hearing disagreed, saying that, because the opt-in is not a mandate, it would not conflict with federal laws, and employers can choose to have the state law protect their health benefits for employees.

Assemblyman Daniel Benson (D-Hamilton Square) asked if the bill in its current form, despite its imperfections, could be passed to ensure consumers can be protected — and if, after its passage, the insurers and providers can battle out the issues they have.

“Let’s pass an imperfect bill,” he said. “I think this is actually as close as we are going to get to perfect.

“Let’s pass this, get consumers off the table, then you … lobbyists can fight over who’s the better person.”

Other legislators echoed the sentiment, saying the issue had dragged on for years as consumers waited for the industry infighting to subside.

Observers have said that, when Schaer first took on the issue, it was a pure surprise bill issue. Over the years, other interests have added on as the Legislature tried to understand the root cause of the surprise bills.

“We should immediately, and separately, in a separate bill, stop any of those surprise bills. Period. End of story,” he said. “I doubt there is any disagreement on this panel or in the Legislature.

“But what we are doing here is merging that serious transparency issue with the issue of fair compensation for doctors. This problem would be solved if we had a system — it might be Fair Health — that fairly compensated doctors.”

(READ MORE from ROI-NJ on the out-of-network hearing.)

Fair Health is a third-party cost estimator and analysis database.

Bramnick said the issues should not be connected.

“This trend to go to Medicare rates, the lowest possible rates, and to treat doctors as if they are not trained specialists, is a problem,” he said. “So, let’s separate these two issues.”

In previous years, the issues have, in fact, been addressed by two individual bills — one on transparency, the other on a method of resolving exorbitant bills.

Some groups have changed their stance over the years, increasingly supporting the bill, but there remained some familiar points of contention Monday.

Some lobbyists believe that there may be additional amendments by the next hearing, after which the bill will advance out of the committee.