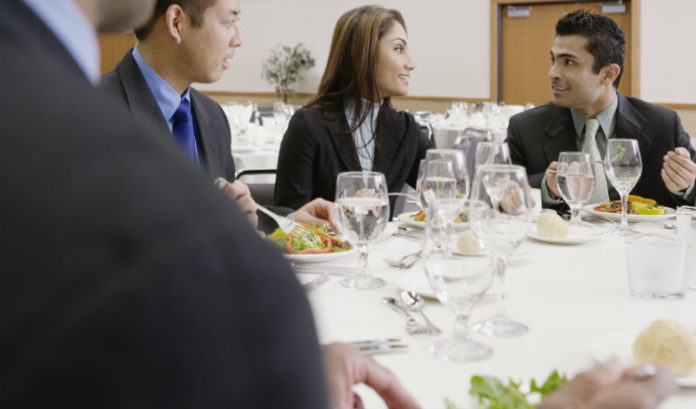 Gov. Phil Murphy’s administration is working on modifying a rule enacted in the final days of Gov. Chris Christie’s term that limited the dollar value of gifts from pharmaceutical companies to doctors, in an attempt to address the opioid epidemic, ROI-NJ has learned.

A source, who is familiar with the thinking behind the potential modification but is not authorized to speak publicly on the discussion, said the Murphy administration is considering increasing the limit or rolling back the rule altogether.

A move, the source said, should not be viewed as Murphy having less concern about problems surrounding opioid use as much as a concern for the unintended consequences of the Christie rule.

The rule, known as a “gift ban,” is having a huge impact on business in the state, most notably on companies in the hospitality sector.

In particular, it appears to be hitting the restaurant industry — which hosts many of the events — hard.

And that is just from a survey of NJHRA members that began Friday and continues to receive responses.

Halvorsen said respondents have estimated losses ranging from $5,000 to as much as $300,000 for this year.

“Restaurants do garner a lot of business. It’s predictable, it’s a good source of business,” she said. “The servers love it because they get good tips and get banquet pay quite often.”

Halvorsen said she has been sharing her findings with the Murphy administration.

Nicholas Vasilakis, the owner of audiovisual company Event Solutions Corp. in Bayonne, said he already is seeing a dramatic drop in business.

Vasilakis estimates ESC will lose more than $100,000 this year from cancelations or nonbookings of the roughly 200 events he works on annually in New Jersey.

On Monday, Vasilakis told ROI-NJ that he has one event booked in February, compared with 20 he had booked last February.

“After Jan. 16, it all just stopped,” he said, adding that some prebooked events are still on the calendar, which may end up canceled.

Whether these events have been canceled in an overabundance of caution is unclear.

The rule does not apply to continuing education events, nor does it affect research activities, royalties or licensing fees.

A hearing on the issue was held last October at the Division of Consumer Affairs. At the time, some discussion of its broader impact took place.

The rule was passed by then-Attorney General Christopher Porrino in December.

It’s too early to tell what impact the rule is having or will have on the opioid issue, but it’s clear the rule has many perplexed.

Brach Eichler health attorney Lani Dornfeld said there is confusion that the rule regulates manufacturers’ potential gift-giving. In reality, it only regulates New Jersey prescribers as receivers. But, Dornfeld said, the rule affects all those who practice in New Jersey, even if their offices are in another state.

Exacerbating the issue is that penalties could include revocation of a practitioner’s New Jersey medical license. Other states have adopted similar gift caps, but none have tied it to the loss of a license, according to several reports.

The potential loss of a license is making doctors hesitant to attend an event in New Jersey, Dornfeld said.

“There is a trickle-down effect,” she said. “If you lose your New Jersey license, you usually lose your license in other states.”

Dornfeld also said there is confusion over whether this affects New Jersey-licensed doctors who attend events in other states.

Dornfeld said the rule applies to events in all states and doctors from New Jersey traveling outside the state are still held accountable to the gift limits.

The rule could be reversed or modified by the administration, without action by the Legislature.

While the details of any reversal are still in the works, the source said the new administration believes there is some merit to capping the dollar amount of gifts.

The Office of the Attorney General declined a request for comment Monday.