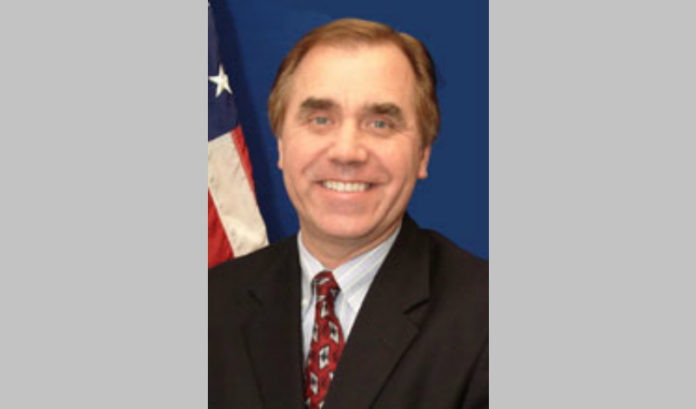 Speaker Craig Coughlin is hopeful that the latest version of an out-of-network bill to hit the state Assembly will soon become law.

Coughlin (D-Woodbridge), testified Monday at a hearing of his old committee, Financial Institutions and Insurance, about a bill he is sponsoring along with Assemblyman Gary Schaer (D-Passaic), the original advocate, and Assemblywoman Pamela Lampitt (D-Voorhees).

“No matter where I go or with whom I speak, the issue is very real and very costly,” Coughlin told the committee Monday.

Coughlin sounded optimistic about the bill’s potential to finally end an eight-year debate on the issue, and testimony Monday supported his optimism.

State law currently has a resolution mechanism, through the state Department of Banking and Insurance. It uses an independent party, Maximus, for arbitration.

In the past, insurers complained that doctors were often being awarded the exorbitant amounts they billed through the arbitration system. Last year, a cap based on amounts determined by third-party database Fair Health was implemented, according to the Medical Society of New Jersey.

The MSNJ has supported this method as a replacement for the baseball-style arbitration in the legislation.

Fair Health has been adopted by New York, and provides market-rate compensation data.

While the bill would go a long way to settle transparency and reimbursement disputes, the out-of-network debate has other issues.

Assemblyman John Bramnick (R-Westfield) argued another point: that insurers increasingly have been reducing the coverage that comes with health plans for out-of-network visits, as more providers have gone in-network.

“So, we have created a situation where people think they have out-of-network benefits, and they have none,” he said.

Groups that supported the bill Monday said it does a better job of protecting consumers than past bills and will help lower the cost of health care — which is foremost on the minds of consumers and employers alike.

Ward Sanders, president of the New Jersey Association of Health Plans, who has testified on the issue for the past eight years, said the current bill was a good compromise.

“We view this bill as a compromise bill,” he said.

In previous years, rather than baseball-style arbitration, there have been “much more aggressive cost containment” options like tying the award for disputed bills to a percentage of Medicare, he said.

But the bill may not address rising premium costs.

“There are a lot of moving parts in health care,” Sanders said. “If you lower out-of-network services and take out some price gouging that occurs, no one can promise to you that it will lower overall premiums. It’s not a fair economic argument.”

(READ MORE from ROI-NJ on the out-of-network hearing.)

Mishael Azam, chief operating officer for the Medical Society of New Jersey, said there are other areas not covered by insurance that are responsible for generating higher costs not addressed by the bill.

These include chiropractors, acupuncturists, behavioral health and physical therapy practitioners.

Linda Schwimmer, CEO and president of the New Jersey Health Care Quality Institute, told legislators that the bill provides transparency and “a way to address the issue with finality.”

Schwimmer served on the health care committee of Gov. Phil Murphy’s transition team and cited the committee’s report saying the committee should help pass this bill within Murphy’s first 100 days.

“The governor should work with the Legislature to enact legislation to end surprise billing within his first 100 days in office,” the transition report said.

Mary Beaumont, vice president of health and legal affairs at NJBIA, said the bill addresses the No. 1 cost concern for businesses and should be passed.