Home Lifestyle Art is vital to projects, and these firms help get it right
Facebook
Twitter
Linkedin 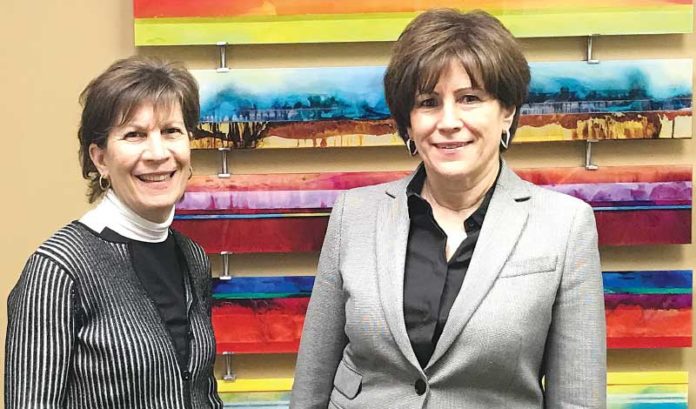 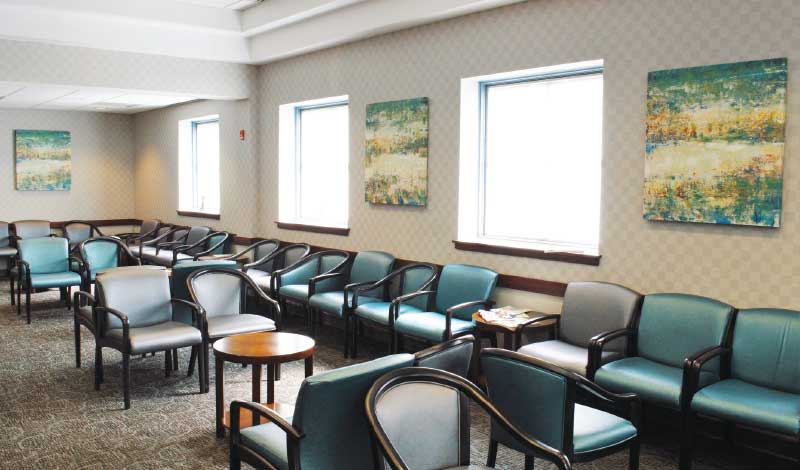 Art is like icing on a cake, according to Jill Jacobs.

“If a business moves into a new space or renovates one, and they spend lots of money on new floors, wall paint and furniture, and they don’t address the art to complement, it will take away from all that has been done,” Jacobs said.

“It’s really important for art to be considered as part of the whole picture.”

“Our job is truly to absorb what our clients are saying to become part of their organizations and turn them into art forms,” she said.

As art consultants for corporations, health care facilities, the hospitality industry, government agencies, residential projects and more, Marengo, owner and president of Madison Art Consulting in Hilltop, and Jacobs, co-owner of Corporate Art in West Caldwell, do more than $1 million in business each year.

How they do it is simple.

“A lot of people can dream it, but are not sure how to create it,” she said. “That is something we have become very well known for.”

Corporate Art offers artwork and art consulting services in a wide range of styles, media, palettes and price points while providing all the necessary elements, from custom site- and industry-specific designs and framing to delivery and installation.

“Working with the architect, designer or facilities staff, we help to determine the style and placement of artwork to best suit a company’s image and environment,” Jacobs said. “It’s important to give thought to that sort of thing beforehand so that the lighting, the placement of signage and the location of thermostats and fire equipment are all considered.”

By maintaining a large and varied inventory of art at different price points, Jacobs said Corporate Art makes it easy for her clients to be a part of the design process.

“This enables us to bring the art to our clients, so they can actually see the pieces instead of simply looking at a computer,” she said. “People who are not in design-related industries cannot easily visualize what something will look like — this really helps.”

Madison Art Consulting works with a staff and cohort of artists to provide services such as commissioned original art, custom mirrors, sculptures, accessories and more, as well as delivery and installation.

“We build relationships with developers, architects and design firms, as well as with artists who continue to create outrageous designs, to customize each experience,” Marengo said. “Bringing multitudes of artists together to create one piece of art is what I love most.”

Marengo said she also often curates art by attending as many artists’ shows as she can.

“If I can fit it in, I like to go to two or three every couple of weeks,” she said. “I also reach out to artists and ask them to submit portfolios, so I can be in tune with what’s around me.”

Marengo said a third of Madison Art Consulting’s work is in New Jersey, with other work taking place in places such as Philadelphia and New York City, as well as across the country.

Its designs can be seen at hotels such as Resorts Casino Hotel in Atlantic City, restaurants such as Adelphia Restaurant in Deptford, residences such as the Rivergate Luxury Condos in Bordentown, corporations such as Sparta Systems in Hamilton Township, higher education institutions such as Rowan University and hospitals such as those in the Capital Health System.

Corporate Art, also a nationwide company, has worked with companies such as Celgene in Summit and Columbia Bank in Fair Lawn, law firms such as Connell Foley in Roseland, real estate companies such as CBRE in Mount Laurel and hospitals such as RWJBarnabas Health in West Orange and Hackensack Meridian Health in Edison.

“In 2008, we didn’t have much growth, but we made a major push into the health care industry, which seemed to be fairly recession-proof,” Jacobs said. “We worked hard to build relationships with different hospitals and medical centers, which has since paid off very well for us.

“There is constant work being done, which generates a lot of return business within major health care systems, especially in New Jersey and New York.”

Marengo said some of her biggest projects now also include hospitals in the Mullica Hill and Vineland areas.

“We work with a variety of different budgets,” she said. “But, right now, for example, we also are working on a senior living campus with various buildings, which totals out at about $500,000.”

Jacobs also said no project is too small.

Jacobs added that it is not simply about selling her clients as much art as possible.

“We will save you money instead of making the purchase.”

The world of art often changes on a dime.

“Some things don’t change,” she said. “For example, many of our clients like to reach out to their community and engage with artists in their area while also incorporating photographs and paintings of the place they’re headquartered in.

“I also love what’s going on with branding, where companies will express their pride through wall coverings using the company colors, or logos created in interesting art forms.”

Jacobs said that, because offices have changed, so too, has art.

“There are fewer private offices and more open areas, but less walls,” she said. “There also are walls that can be disassembled and moved for flexibility, and wall products that give walls dimensional, sculptural qualities.

“Those walls will not take artwork. So, in situations where there are fewer walls to work with, sometimes it makes sense to simply upgrade the art you have, since you will have less of it but more impact.”

As established as they are in the art world, neither Marengo or Jacobs began their careers in the field.

After graduating from Rowan University with a focus on business, secondary education and art, Marengo accepted a job with ING Direct as a facilities coordinator and designer.

“When I created Madison Art Consulting in 2001, they then became my very first client,” she said.

Jacobs, as an avid student of art in her free time, said she began by volunteering for a major annual art exhibition and fundraiser that featured more than 2,000 pieces of art.

“At some point, we both simply felt that we could do it better,” Jacobs said.

Jacobs and Lewis started Corporate Art in 2002 from Jacobs’ home. Within three months, they were up and running in their own office in West Caldwell.

And while both do work nationally, they say they favor New Jersey.

Marengo said she would love the opportunity to further establish relationships in her home state.

“I know this area very well, having lived and worked up and down the Jersey coast,” she said. “I’d love to create more business in New Jersey.”

“The art that is a good investment, generally speaking, are really high-end pieces,” Jacobs said. “Major real estate deals are happening in New York, for example, where art is being used as collateral instead of funding.

“But it really depends. There are people who think if they spend $5,000 on a piece of art that it is an investment-level piece — that is not necessarily the case.”

Jacobs, who works with clients who collect art created by Norman Rockwell and Salvador Dali, said it is important to consider the artist, a piece’s condition and the market for it.

“It’s not a field you should delve into unless you either know for certain you know what you’re doing or you have the ability to hire a knowledgeable art adviser,” she said.

Name: Madison Art Consulting
Headquarters: Hilltop; additional office in Philadelphia.
Employees: Nine. “Many of our team members also bring a variety of artistic interests to the table, which allows us to be rather versatile,” Nicole Marengo, owner and president, said. “We also align ourselves with other companies to work together to fit spaces out. We’d much rather join forces than try to do it alone.”
Why New Jersey: “I love New Jersey,” Marengo said. “It is very central for our business. I also really like our mayor and am grateful to all of the government officials and committees who surround us and support us in the area.”

Name: Corporate Art
Headquarters: West Caldwell; additional office in Pittsburgh.
Employees: Seven and hiring.
Why New Jersey: “I find New Jersey a fairly easy and reasonable place to do business,” Jill Jacobs, co-owner, said. “For example, selling and bringing art into New York is no longer as easy as simply dropping the art off in building lobbies, parking and taking it up to our clients. New Jersey is easier and New Jersey buildings generally do not have the union requirements for installers that some New York buildings do.”