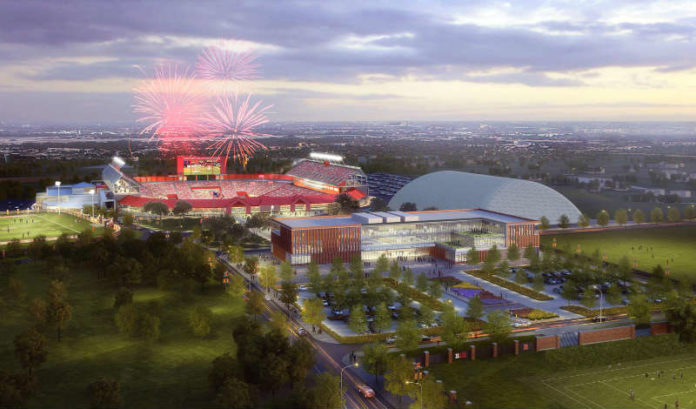 Rutgers Athletics announced recently that it has received a $15 million gift, the largest in its history, to support academic achievements of the university’s student-athletes by constructing the Gary and Barbara Rodkin Center for Academic Success.

“It’s fitting that the largest gift in Athletics history is focused on the academic success of our student-athletes,” said Pat Hobbs, director of athletics. “Gary and Barbara wanted to marry their two passions, academics and athletics. This facility will enable us to build a best-in-class academic support program. Rutgers is committed to student-athlete success while in the classroom and later in life after they have finished competing for the Scarlet Knights. We are incredibly grateful to Gary and Barbara for their wonderful generosity. Hopefully, their giving will inspire others, as we continue to write a great chapter in Rutgers Athletics history.”

“Among my highest priorities has been to improve the academic resources for all our students,” said Robert L. Barchi, Rutgers University‘s president. “This gift from Gary and Barbara will further our aspiration to be recognized as one of the world’s premier universities. I want to thank the Rodkins for their remarkable leadership in helping our student-athletes achieve the highest academic standards.”

Gary Rodkin (Class of 1974) and Barbara Rodkin (Class of 1976) are both graduates of the State University of New Jersey and have been major supporters of its programs, including Rutgers Future Scholars, Douglass Residential College, Rutgers Honors College, an endowed chair at the School of Engineering, the Center for Social Justice and LGBT Emergency Fund, and the Big Ten Build.

“Barbara and I are very pleased with the progress Bob Barchi and his excellent team have made, and where the strategic plan is headed,” Rodkin said. “We have been very fortunate in our lives and we want to share. That’s very fundamental to who we are. We much prefer to do this now, rather than later in life, so we can see and experience the impact on our students and university for many years to come.”

Construction has begun and is slated for completion in 2019.