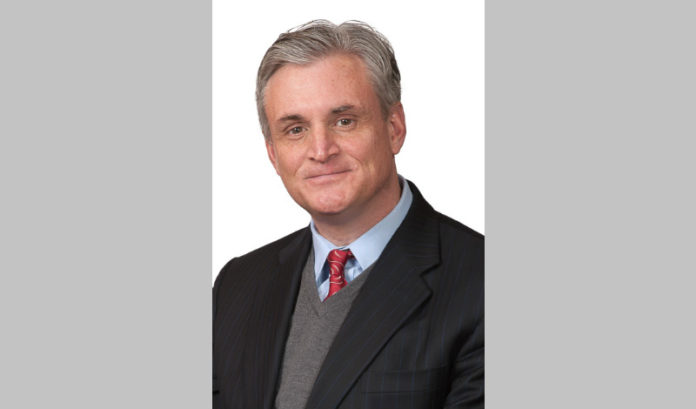 Middlemen in every industry are being put to the test.

If they are useful, they stay; if they aren’t, they die.

That’s how former U.S. Rep. Rob Andrews of New Jersey reflected on the announcement from Amazon, Berkshire Hathaway and JPMorgan Chase that they are starting their own health care nonprofit.

“Middlemen had better watch it. You have Amazon, which is the best in the world at getting a product to me by 4 p.m. today on my doorstep,” he said.

“This is really all about ‘middlemen beware.’ Just like it’s happened in the telecom and cab industry and video rental stores. It’s coming to a hospital near you.”

Andrews, CEO of the Health Transformation Alliance, told ROI-NJ that insurers, pharmacy benefit managers, providers and some pharmaceutical companies all have the key data to health care costs.

But they all have a bias of what they want the data to show and who they show it to.

That’s why the HTA — a more than 40-member (mostly Fortune 500 companies) self-insured alliance — built its own platform to monitor the costs.

Without knowing the identity of the employee, HTA is able to see what ages and genders pose the highest costs, as well as specifically which health issues are the bulk of the cost for the company.

HTA’s first success has been reducing the cost of medication by negotiating directly with pharmacy benefits managers Optum and CVS.

“We have contracts with pharmacy benefits managers and our members are saving 15 percent, on the median, before their prior spend in 2017,” Andrews said.

It helps when you have more than 6 million lives covered under your plan.

HTA has also negotiated two template health benefits contracts for employers to use. They can be further customized if the employer contacts the insurance company that administrates the plan.

In reports of the Amazon, Berkshire and JPMorgan announcement, many experts have opined on what the trio will be able to accomplish.

Many of the hypotheses rely on the existing framework of the health care system.

While HTA also relies on the bending the cost curve based on the existing structure, it is has changed how it interacts with that structure.

By leveraging the size of its covered lives, it has cut the costs of prescription drugs, but has also set up pilot programs in Chicago, Phoenix and Dallas that mimic episodes of care.

According to Andrews, HTA has identified four health issues — Type 2 diabetes, back pain, knee replacements and hip replacements — which account for 40 percent of its health care spend.

The alliance is working with physician panels and health care providers in the pilot networks to help find best practices of care, and institute those practices.

“We believe over time, the evidence will grow that the best practices will lead to better results,” Andrews said.

In Chicago, where the pilot depends on Type 2 diabetes, the providers have determined a way to reduce at least 100 incidents of stroke among the Type 2 patient population.

To date, HTA has relied on its size as a key factor in negotiations.

But HTA is now working on options for small businesses to join, Andrews said.

In the self-insurance market, small businesses account for at least 25 percent, he said. They, too, can benefit from cutting out middlemen.

Somewhere in the last decade, people’s preference decided they didn’t want to go to the video rental store and instead wanted to pay a fee to be able to stream content, Andrews said.

That’s what the public demanded.

But unlike the video rental analogy, health care is more personal.

If you don’t like a movie, so be it, Andrews said. But if you get poor care, that has greater impact.

“In a market economy, providers react to demand,” he said. “So, we want to change the demand structure,” he said.

Rutgers cancels in-person instruction for rest of semester; graduation to be...