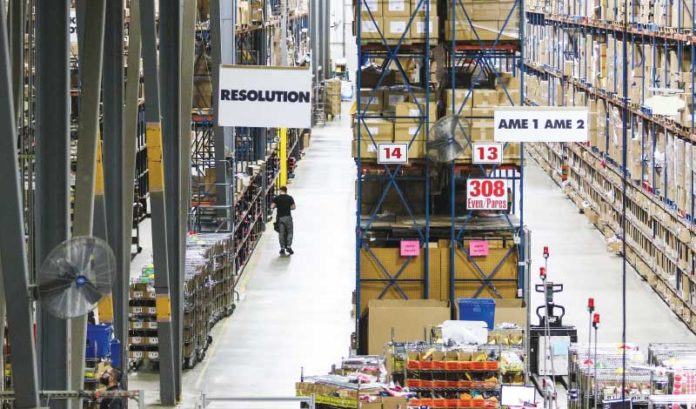 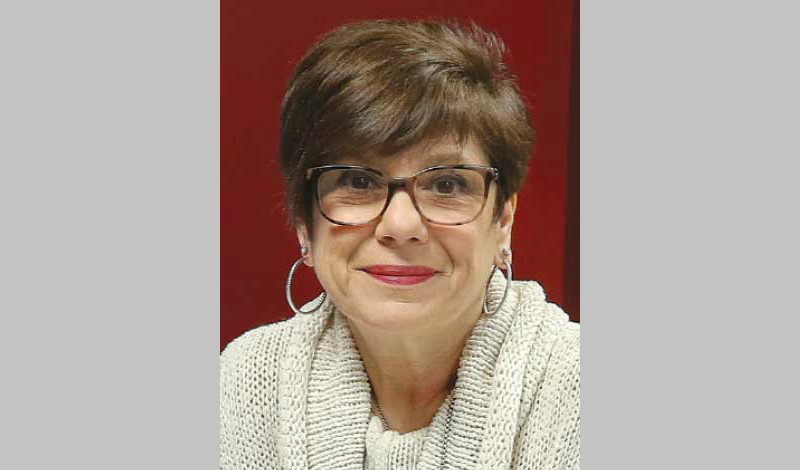 The 400,000-square-foot warehouse in Edison was a consistent flurry of pink boxes.

“One of our clients, a lingerie manufacturer, is gearing up for Valentine’s Day,” Maria Haggerty said. “Our warehouse is full of things that are not necessarily needs, but wants.

“No one needs a beautiful bra and panties, or cosmetics, or a nice jacket, but since we are in the business of selling luxurious items that people want, how can we make that experience even better?”

“We help companies grow by working with them to deliver customer experiences,” Haggerty, co-founder and CEO, said. “That is what differentiates us from anyone who delivers products in plain and simple brown boxes.”

That has been the business model — or the business emphasis — Dotcom Distribution had always been working toward.

Today, Haggerty said Dotcom Distribution specializes in creating those “unboxing” experiences for customers via unique packing guidelines, such as including a spritz of perfume or glittery tissue paper.

“We want our clients’ customers to feel like they are being delivered their product on a silver platter to their door,” she said.

It is a business far different from the one Haggerty pursued when she graduated from the University of Houston in the 1980s.

“We wound up in a deal with Richard Simmons in which we also needed to fulfill vitamin shipments on a subscription basis,” she said.

After learning the ropes, Haggerty and her business partner, Bill Follett, tried to purchase the company to focus more on fulfillment.

Though the deal fell through, the duo continued their entrepreneurial path.

“We went out, raised the money from friends and family to lease this facility, and opened with not one client,” Haggerty said.

Launching in 2000, Haggerty said she and Follett relied on their past customer relationships to drive up business.

“We were way too early to market, when there really weren’t too many people shipping e-commerce orders,” she said. “So, we took any project that would pay the bills, especially business-to-business fulfillment.”

It wasn’t until Follett and Haggerty, both members of the board of Lighthouse International in New York City, met a board member of Kenneth Cole that their fortunes changed.

“Do good things and good things will happen,” Haggerty said. “We suddenly were doing all of Kenneth Cole’s East Coast and e-commerce distribution. Then, Johnson & Johnson found us, and then, so did ThinkGeek.

“That is what led us to our multichannel approach.”

“A client ‘graduates’ from us when they wind up getting so big that they can get better rates at much larger third-party logistics companies, such as Radial or XL Worldwide,” Haggerty said.

More changes, too, were in the works.

Haggerty took full control of the company when Follett, who had been serving as CEO, retired in 2014.

“It wasn’t until Bill retired that I put together a sales and marketing pitch,” Haggerty said. “Though change happens, we were still getting phone calls, but not necessarily from those who we could serve best.

“I thought, ‘How could we control our own destiny a bit more?’ ”

The marketing push over the last five years has led Dotcom Distribution to focus solely on optimizing direct-to-consumer and wholesale relationships for largely emerging and growing brands via customer engagement solutions.

“For example, our clients are the creative brains behind what they want their products and packaging to look like, but we help them with the logistics,” Haggerty said. “Will the box they want withstand being shipped in a UPS truck? Will their packaging design impact the weight and therefore the cost of shipping? All of these decisions can impact fulfillment.”

And, Haggerty said, they want to do all that they can to make sure that product arrives on time by leveraging Dotcom Distribution’s relationships and deep discounts with top carriers such as UPS, DHL, USPS and FedEx.

“Our goal is to get orders out same-day,” Haggerty said. “So, I need to know in advance how many purchase orders our clients think they are going to process every day.

“We also know that Mondays are always busier than Fridays because orders come in over the weekends; we look at the trends, and we staff accordingly.

“It requires a lot of math.”

And a lot of manpower.

“We not only need to get qualified labor in here, but we also need to effectively onboard them,” Haggerty said. “We conduct a lot of motivational programs, so that, if our employees meet certain productivity rates, they become eligible for bonuses.”

That always is a challenge, Haggerty said, especially when it comes to the kitting and assembling of custom stock keeping units.

“For example, as part of its new overall business strategy, Buzzfeed recently launched its Product Labs e-commerce division, with an eclectic mix of items and brands,” Haggerty said. “Almost every single ‘lab’ that Buzzfeed has is a whole new launch.

“We actually were out in the warehouse during the holidays putting Lego packages together, because they did this promotion where you could write your name in Legos. That meant figuring out how many and which color blocks were needed to assemble the letter M.”

Not all its clients require such customized processes, however. Dotcom Distribution also works with a variety of subscription- or membership-based manufacturers and retailers such as Adore Me (lingerie), Birchbox (beauty products) and MyHeritage (at-home DNA testing kits).

“The bulk of our clients are headquartered in New York City, so we get a lot of face time with our clients — more so than we would if we were in the middle of the country,” Haggerty said. “In fact, we have a van and a driver that goes back and forth into the city to pick up and drop off our clients.”

“But competition in New Jersey for space and labor is high, as are wages and costs,” Haggerty said. “And, while a company like Amazon does not really work with our type of clients, they do compete for the same labor talent. As does Target and Ikea, which also just opened facilities here.”

“We are anticipating 20 percent growth this year,” she said. “We also are in the process of choosing and integrating a new warehouse management system and ways in which we can strategically assist our clients in choosing the best transportation solutions.

“Transportation, especially in e-commerce fulfillment, is one of our clients’ highest costs. So, we help our clients decide what is most important — is it time in transit or is it cost? You can trade those things, but in certain times of the year, one may be more important than the other.”

Haggerty, on the other hand, has helped Dotcom Distribution expand its business to other parts of the country via partnerships.

“We work with other third-party logistics companies by deploying some of our West Coast distribution to West Coast partners,” she said. “We still own the process and our relationship with the customer, but this enables us to test the waters.

“Looking at everything that’s going on politically, such as with minimum wage, it’s really about figuring out where the best place to be is for the correct labor, space and, most importantly, getting the product to customers on time.

“While I don’t intend to ever leave New Jersey, opening up an additional space elsewhere currently is on our radar.”

Maria Haggerty, co-founder and CEO of Dotcom Distribution in Edison, said the demand over Black Friday and Cyber Monday last year was “through the roof.”

“Everybody in the company went out at lunchtime and filled in for the hourly workers on break,” she said. “That kept the facility moving and built an enormous amount of camaraderie.

“It also enabled people in our offices to actually understand what goes on out there on the floor and provided fresh sets of eyes to find new and clever ways to do things.”

Top Amtrak exec is latest to warn about need for Gateway...