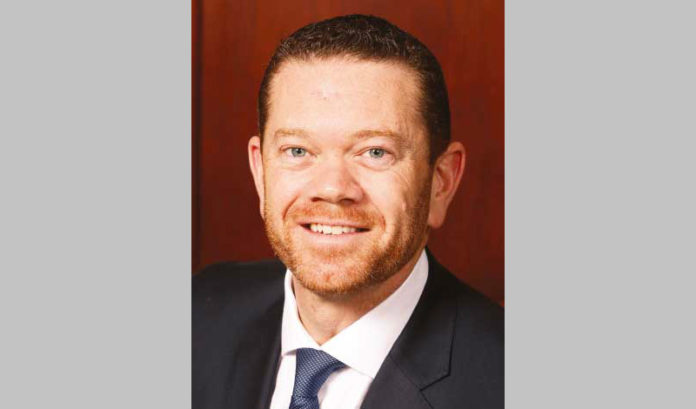 Those entering the medical device industry find out one truth quick: Legal issues are front-loaded.

Just ask Glenn Stein, a Chiesa Shahinian & Giantomasi P.C. partner who has counseled many companies in this sector from their inception.

“Startups in this sector can encounter a lot of issues they have to nip in the bud early on,” he said. “Unfortunately, a young company strapped for cash may be rather hesitant to go for legal counsel from the beginning.”

Stein said medical device companies have many of the same issues that trail any startup — from securing needed capital to finding qualified talent to build a company around.

But these companies are increasingly encountering complications that have a lot to do with how health care technology companies tend to get off the ground today, including developing in the academic institution-tied incubator programs that have proliferated across the state.

“Whether you’re an employee of university or a student going through an incubator, you need to be aware of the terms and condition of the university,” he said. “You’re trading something off for them giving you lab space and support, as well as in some cases financial resources to develop a product. … Nothing is free.”

The way that such arrangements can come to bear on a company’s equity, or the restrictions it might place on the intellectual property itself, would be familiar to the business- or legal-minded.

Scientists developing the next life-saving medical device, however, might be pouring all their intellectual energy elsewhere.

“You’re dealing with people who have a mission in mind — whether it’s to develop a bone growth product or a new ankle replacement technology,” Stein said. “You’re dealing with extremely smart, scientific minds. But when it comes to the legal aspects of forming the startup, it’s not in their wheelhouse.”

That becomes apparent in how many medical device startups structure their company, Stein added.

“They develop a new product while running 1,000 miles per hour before they stop to ask whom (among their leadership) controls what,” he said. “Then, there are questions about who makes major decisions like whether to sell or license a product to a strategic partner.”

An attorney like Stein tries to catch startups while things are still friendly. He helps the leaders of a startup create an agreement for governing the company.

Lengthy as the process may be, startups in this space have to begin by following a parallel track of developing strong patent protections while bringing products to the market.

Additionally, as expensive as it may be for a startup, companies also have to reckon with the regulatory framework that governs the industry. Stein said that means an early concentration on ensuring compliance with HIPAA by building strong protections into any system that deals with personal information.

It can be a lot for entrepreneurs to take in. But Stein is more pleased to guide them to success in this industry than he is with any other industry he has spent his career offering legal counsel to.

“In my opinion, it’s a noble area to be involved in,” he said. “There’s a lot of value in this space, and investors see that, too. So, it makes sense in a few different ways for us to help these companies achieve their goals.”

Medical device companies are heralding a victory for their industry amid discussions that few would figure any good would come out of: the government shutdown.

Glenn Stein of Chiesa Shahinian & Giantomasi P.C. said a tax on medical device sales was delayed until 2020 in the recent stopgap funding deal enacted to keep the federal government open. This isn’t the first time the implementation of the tax — proposed as part of the Affordable Care Act — was stalled.

The decision on the 2.3 percent excise tax arrived right before the companies had to make the first payments on it. Stein said the tax would have added up to about $4 billion a year on the sales of medical devices.

“And that could be reallocated by leaders in this space into additional investments in current companies,” he said.

“Between that and the perceived — if not actual — climate of deregulation, we’re hoping to see great things in the medical device space coming up this year,” he said.