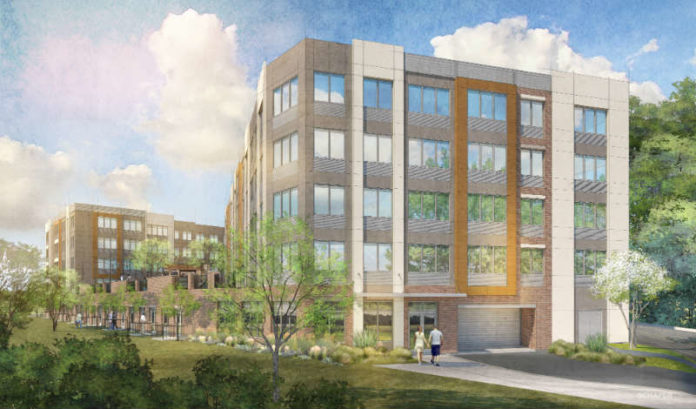 An Ohio-based multifamily developer is making a move into Jersey City, with a $45 million project in the Coles Street Park neighborhood, it announced recently.

The project at 39 New York Ave. would see a 131-unit, 160,000-square-foot market-rate property built by The NRP Group in partnership with Jersey City-based redevelopment firm Hoboken Brownstone Co., according to NRP.

“With 39 New York Avenue, NRP will deliver a unique residential community to an already-strong and desirable market,” Jonathan Gertman, vice president of development at The NRP Group, told ROI-NJ. “Situated at the nexus of three great neighborhoods, the property is in an area that is developing its own distinct identity and creating a sense of connectivity for current and future residents.”

The Coles Street Park area is on the southern border of The Heights neighborhood, near the Southwest Hoboken area. Gertman said the company expects the continued development of those neighborhoods to boost the popularity of the property.

“Jersey City is becoming an exciting destination of choice for area renters and residents, and offers outstanding transportation connections,” he said. “The city has also been very progressive and understands the benefit of smart development and growth.”

The developer said the property would include amenities including a fitness facility, sundeck and covered parking.

NRP said it is working with Minno & Wasko Architects and Planners on the project.