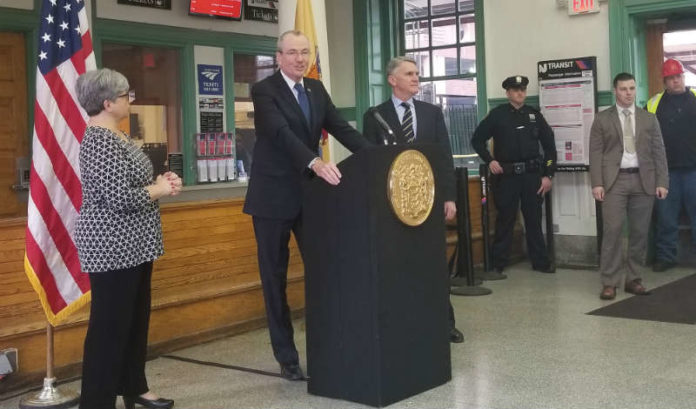 The New Jersey Transit board of directors on Wednesday unanimously approved Kevin Corbett as executive director, the transportation agency announced.

Corbett, who was nominated for the post by new Gov. Phil Murphy late last month, will formally take over NJ Transit on Monday. He will succeed Steven Santoro, who was named executive director in October 2016 and announced his resignation early in January.

“Kevin is taking on one of the toughest jobs in New Jersey — turning NJ Transit around and restoring it as a world-class transportation agency that our commuters can rely on,” Murphy said in a prepared statement. “Every New Jerseyan who takes the train or bus every day, and the thousands of employees who show up for work, deserves visionary leadership committed to getting this system right. Kevin’s confirmation signals that we have begun the difficult process of rebuilding NJ Transit and, in time, regaining commuters’ trust in the system.”

Corbett had been vice president, cross services, at the transportation and infrastructure company AECOM, where he was a leader on projects such as Moynihan Station phase one, Amtrak’s Gateway Program, post-Sandy PATH restoration and more.

“I would like to thank Gov. Murphy and the NJ Transit board of directors for the opportunity to serve the state of New Jersey,” Corbett said in a statement. “I look forward to working with the dedicated men and women of NJ Transit in restoring the transportation system to the national leader it once was, providing safe and reliable service and boosting economic development in New Jersey.”

NJ Transit is the third-largest transit system in the U.S., with 165 rail stations, 62 light rail stations and more than 18,000 bus stops in three states.

For the latest from ROI-NJ on Murphy’s cabinet appointments, click here.

Grewal to step down as AG, take position with SEC