Home Real Estate City of Camden, after missing out on Amazon, made unsolicited bid for...
Facebook
Twitter
Linkedin 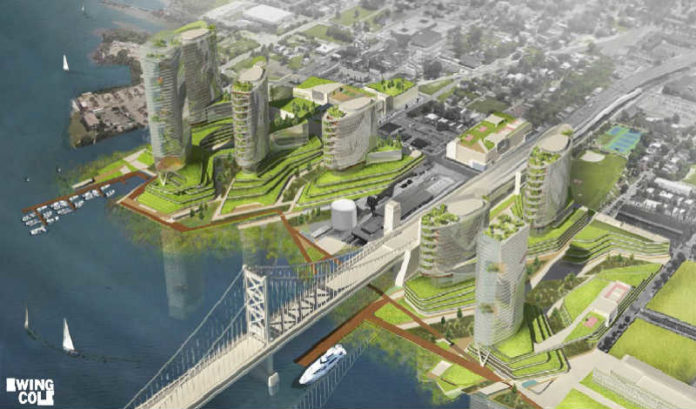 Municipal representatives across the state said preparing a bid for Amazon’s HQ2 project was a worthy exercise — even if they did not make the 20 finalists — since it would enable them to produce better bids for other companies.

Camden proved that in January.

The city prepared a presentation addressed to Apple CEO Tim Cook last month, soon after he announced company’s search for an additional campus.

“Camden is ready for Apple and Apple can help accelerate the positive trajectory that Camden is already experiencing today,” the city said in a proposal obtained by ROI-NJ.

“Historically, Camden was the epicenter of technology and innovation in the early to mid-20th century. It was America’s first Silicon Valley. … The city is already an emerging market, and its future will tell a great story of American ingenuity and perseverance.”

There hasn’t been much news since then, and city officials said they have not yet received a response.

Of course, no city has.

Little is known about Apple’s search process, except that it is looking outside California and Texas, where current campuses exist, and the campus focusing initially on customer support employees.

Unlike Amazon, Apple’s CEO Tim Cook said, the company would not use an auction process.

The move is part of Apple’s repatriation of overseas money, $38 billion of which will be paid to the federal government as part of a one-time 15.5 percent payment under President Donald Trump’s tax reform.

Little information is available about Apple’s search for an additional campus, but it will bring 20,000 jobs and is part of the company’s $350 billion commitment to the U.S.

In the proposal to Cook, Camden Mayor Frank Moran invited the company to do its own due diligence, but mirrored some themes — and used the same Ewing Cole renderings as it did for the Amazon bid.

“Camden is a city rising,” Moran said in the letter, echoing comments from the previous bid.

A city spokesman said similarities in the proposals exist because of the similarity of the companies being pitched.

Also similar to the previous bid, submitted under former Mayor Dana Redd, were some of the highlights, such as President Barack Obama’s visit, available public transportation, Campbell Soup Co.’s presence, higher education prevalence, 138 acres of shovel-ready property and the utility availability, including fiber banks and cellular service from major carriers, and electricity and gas from Public Service Electric & Gas.

“Camden is now a city in an unprecedented position to advance in terms of geography, economy, connectivity, sustainability and demographics,” the proposal said. “Apple’s presence in Camden will be more than an economic catalyst, Apple will shape Camden as a city for the future.”