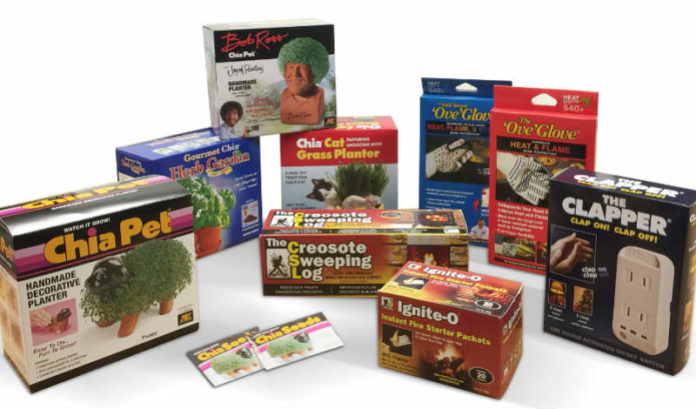 Hillside-based National Entertainment Collectibles Assocation has acquired the creators of the Chia Pet and the Clapper, it announced Friday.

NECA, known for its licensed consumer products based on movies, video games and more, said in a news release that it has purchased Joseph Enterprises Inc. and Joseph Pedott Advertising and Marketing Inc. Financial terms were not disclosed.

The San Francisco-based companies will become NECA subsidiaries, continuing business under the leadership of their current vice presidents, Michael Hirsch and Al Lam, NECA said. Joseph Pedott, the companies’ founder, will remain involved during a transition period to ease the businesses’ integration into NECA.

“The legacy built by Joseph Pedott will always be in the DNA of the company,” Joel Weinshanker, NECA’s chief operating officer, said in a prepared statement. “I am honored to continue his legacy. Thanks to him, more people in America have seen a commercial for the Chia Pet or the Clapper than watched the past nine Super Bowls combined. The average person on the street can sing one of the jingles.”

“They’ve appeared in countless movies and TV shows; they’re even housed in the Smithsonian,” Weinshanker said. “That’s a cultural resonance most products can only dream of.”