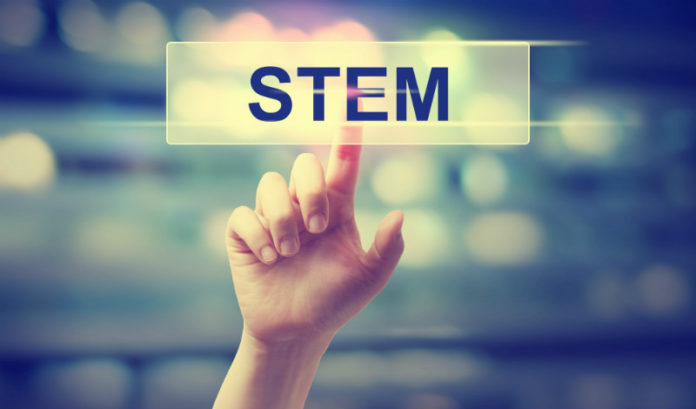 You start with money and leaders. Then you add a willingness for public and private organizations to work together.

It’s the solution to a lot of issues. And it could be the cure for reviving and invigorating New Jersey’s STEM and manufacturing economy.

Weeks into Gov. Phil Murphy’s administration, moves are being made to help revitalized the science and manufacturing sectors in the state.

Let’s start with the $100 million investment Teaneck-based Cognizant announced last week to create a new nonprofit that will support science, technology, engineering and math education and skills initiatives for U.S. students and workers.

CEO Francisco D’Souza said the Cognizant U.S. Foundation will aim to address the existing technology skills gap through innovative programs focused on educating a wide range of Americans and preparing them to thrive in the digital era.

“As the digital economy expands rapidly and changes the way businesses, organizations and governments operate, we believe it should create opportunities for all Americans,” D’Souza said in a statement.

“Unfortunately, because of a very real skills gap, there are far more open jobs for technical work than there are trained workers to fill them.”

Cognizant isn’t the only one looking to fill the void.

One, the bicameral Manufacturing Caucus, which was created through efforts by the New Jersey Manufacturing Extension Program and the New Jersey Business & Industry Association, will meet again this week to talk about steps the new administration can take moving forward.

Kennedy, who said the economic impact of advanced manufacturing, life sciences and transportation, logistics and distribution is $121 billion, said the caucus is a bipartisan effort created to identify the challenges facing New Jersey manufacturers and STEM firms.

This adds to the efforts of a Biotechnology Task Force, which was created in 2016 by the Legislature, and met in January. Debbie Hart, CEO of BioNJ, chairs the task force, which also includes Tim Lizura, the chief operating officer of the New Jersey Economic Development Authority.

And a new committee in the Assembly, Science, Innovation and Technology, which held its first hearing in January. That body of legislators is chaired by Assemblyman Andrew Zwicker (D-Skillman).

The two groups should help move the issue to the forefront.

Lizura said doing so can only help in the battle to draw companies.

“New Jersey is a fairly small state, comparatively speaking, geographically, to other regions of the country,” he said. “One of the things we don’t do a good enough job of is (touting the) strength of what is an impressive biotech and life sciences community.

“Some of that is because … we haven’t put a label on it. We haven’t done a good job of branding the industry in New Jersey the way other places have.”

This isn’t the first time that interest in these sectors have received such public exposure.

There was a bicameral, bipartisan task force, similar to the biotechnology task force, in the 1990s that resulted in significant legislation.

Hart, however, said the time has come to do it again.