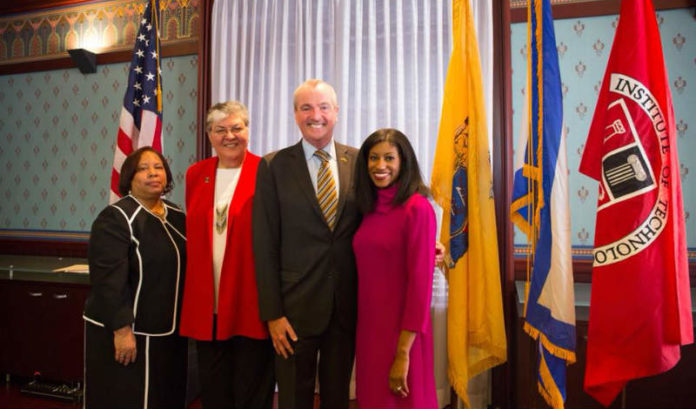 Gov. Phil Murphy named three more members of his cabinet Tuesday, nominating a secretary of higher education, chair and chief administrator of the New Jersey Motor Vehicle Commission and a chair and CEO of the Civil Service Commission.

All three nominees, who must be confirmed by the state Senate, are women:

The three nominations mean the majority of Murphy’s 21 cabinet officials will be women, the governor said. Eleven nominees are women, eight are men and two positions have not yet been filled.

“For the first time in New Jersey’s 242 years, the majority of a governor’s cabinet appointments are female,” Murphy said in a prepared statement. “While it has taken too long to get to this first, I am proud to stand with this diverse group of leaders, all of whom are committed to building a stronger, fairer New Jersey that works for everyone. This is who we are — strong and diverse, smart and talented, and committed to making our state a better place.

“Our team is made up of the best and brightest, and their accomplishments and dedication will ensure that our residents and businesses have a state government that is responsive, responsible and professional.”

In addition to her role at the Lumina Foundation, Smith Ellis previously served on the White House Domestic Policy Council as a senior policy adviser for education under President Barack Obama.

“I am thrilled to have this opportunity to serve the people of New Jersey,” she said in a statement. “I know from personal experience the transformative power of education and have worked for my entire professional career to ensure those opportunities are available for more students. I’m excited that Gov. Murphy recognizes and understands the increasing necessity of higher education in today’s society, and am looking forward to building out his vision to make learning after high school more affordable and accessible for residents of New Jersey of all ages and backgrounds.”

“I’m honored — and humbled — to be asked to lead the New Jersey Motor Vehicle Commission, and to be part of Gov. Murphy’s administration,” she said in a statement. “We will make it our aim every day to better serve the people of New Jersey. There is tremendous opportunity to bring about a positive change in New Jersey, and I am excited to be a part of that change.”

“I am honored by the trust Gov. Murphy has bestowed upon me,” she said in a statement. “As a career public servant, I understand the issues that the civil service system has experienced over the last 28 years. My goal is to implement Gov. Murphy’s agenda by working diligently to address these issues in cooperation with labor and management with a clear and open mind. I plan to undertake a thorough review of the current system to determine the areas that need improvement for the well-being of all government employees.”

Murphy announced the nominations at an event in Newark.

For a look at Murphy’s cabinet nominees, click here.