Home Tech Truth or dare: Is threat to pull digital ads as much about...
Facebook
Twitter
Linkedin 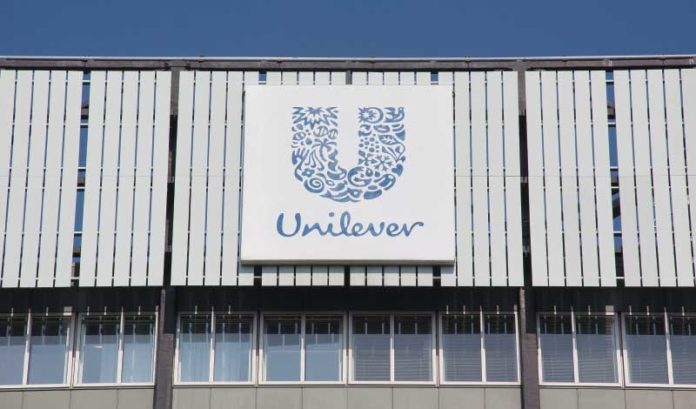 When Unilever put the giants of digital platforms on notice last week, calling out their inability or unwillingness to control content that is both offensive to children and to Unilever’s wide array of brands, it drew a lot of attention.

It’s not often that a company puts Google, Facebook, YouTube and the rest of the digital platforms that have gained so much power while making billions off advertisers on notice.

And, while the stated purposes of the Englewood Cliffs-based company — protecting the brands it is pushing in what it estimated to be a $2 billion annual digital ad campaign — is noble, some digital marketing experts in New Jersey say Unilever may have had an additional goal in mind: gaining more transparency (and more metrics) in the digital world.

Chris Delany, the founder and CEO of SEM Geeks in Belmar, has been involved in digital advertising and marketing since 2001.

He said the industry has needed policing for some time.

Delany said interest in the accuracy and character of content has risen since President Donald Trump began calling attention to what he dubbed “Fake News” during his candidacy. And, although Trump may have created a mainstream term, Delany said he wasn’t talking about something people who play in the digital game have known for a long time.

“Unilever is too smart a brand to just realize this year that this is happening,” he said.

Big brands, however, haven’t had an issue that enabled them to fight back, Delaney said.

“Big companies always have been wanting more transparency from the big players out there, the Googles, the Facebooks,” he said. “They have never gotten what they wanted.

“And what they have come across here is a way to attack them on something that will give them what they want, by using society as the scapegoat as to why they need to get it.”

Delany said the biggest issue is that the ever-changing algorithms of the digital giants keep them one step ahead of advertisers.

He said the rules of engagement regarding campaigns based on search terms are constantly being modified.

What works one year doesn’t work the next. How they are charged changes, too.

“The rules constantly change,” he said.

Delany understands why Unilever, one of the biggest advertisers in the world, could be so upset.

“Every year, this stuff continues to grow,” he said. “I can only imagine the frustration of bigger guys who are dealing with multibillion-dollar budgets. It’s hard for them to forecast what they are going to get.”

Brand safety is a part of this discussion, too.

YouTube came under fire earlier this year when one of its digital stars, Logan Paul, produced a video from a famed “suicide forest” in Japan that included the aftermath of a suicide in the background.

The video led to global debate on whether Paul should be banned from the site (he hasn’t been), but it didn’t touch upon the impact it could have had to any advertiser on the site when the video was viewed.

“The challenge is, you’re trying to mix a paid environment with an organic user-generated environment,” he said.

That user-generated content could include hate speech, terrorist recruitment or sexual exploitation, among other things.

Hernandez, senior vice president and digital strategist at Cedar Knolls-based Marketsmith Inc., said it has led to some advertisers, including Verizon, AT&T and Johnson & Johnson, leaving the platform.

“We work with our clients to build black lists, things you don’t want to run up against when doing programmatic advertising specifically,” he said. “The idea there is, actually to look at white-listing to get a proper curated audience.

“It’s more of a question of, I’m only really going to target things that are relevant to my audience and consistent to my brand and values. As much as we want to target behavior, it’s really going to be about finding these islands of audience interest and targeting specifically these safe havens.”

Hernandez said the ever-changing and ever-secretive algorithms of the platforms don’t make this easy to achieve.

“When you are doing that kind of bidding, you’re depending on third parties, such as Google and Facebook, using data you don’t have access to and matching it against other criteria. You may be getting a lot of traffic you can’t control,” he said.

Hernandez said the issues are sparking some change.

“You’re going to see more people partnering with companies that can say, ‘I know who this person is down to the individual and their devices, I know where they are going specifically across the web, I’m not going to tell you who they are, I’m going to protect their privacy, but I’m going to give you that individual-level targetability,” he said. “And you’re going to pay a premium of that.”

Alex Baydin understands the importance of brand safety as well as anyone.

PerformLine Inc., his Morristown-based technology company, provides some of the world’s largest brands an independent monitoring and surveillance technology to ensure brand safety and compliance are taking place in the digital world.

They have to be. Many of the brands PerformLine works with — particularly those in pharmaceuticals and financial services — have a legal obligation to not only ensure they are in compliance with the rules and regulations that come with their services, but that they are not aligned with content that could mislead a consumer.

Baydin thinks Unilever is elevating a conversation that has been going on for some time.

“I think it’s a big deal,” he said. “Unilever has reached for one rung higher than the discussion and dialogue has been around brand safety. If you look closely at (Unilever Chief Marketing Officer) Keith Weed’s comments, he said, not only do they have to be in an environment that’s safe, and brand safety has been a sentiment for the last couple of years, they also need to be in a suitable environment.

“It’s a rung or milestone that Unilever wants their brands adjacent to and aligned with content and publishers that make a positive contribution to society. It’s not just, ‘We need to make sure our brand is always safe, but we need to be in a suitable environment that overall is consistently delivering a positive message to our children or society.’

“I think that’s a pretty substantial distinction between what the sentiment has been of the large advertisers who have needed things cleaned up, and we’ve seen that over the last couple of years or so. This seems to be stretching a little further in sentiment.”

Stretching and solving, however, are not the same.

Baydin, who has automated his industry so much that he can monitor 50 million pieces of compliance data a day, said technology may not necessarily be the answer.

“There’s two different potential solves for this,” he said. “You hear about Facebook and Google doing more to clean up the content. We’ve seen press releases that they are hiring 5,000 more human reviewers to watch videos to make sure the videos don’t breach their content rules and requirements.”

Baydin said both the platform and the advertisers need to play a role.

“I think the platforms have to clean up their backyard more for the brands to be more comfortable, but I think the brands themselves should trust but verify, and third-party companies can bring 100 percent focus on that,” he said.

He told a sold-out crowd at the IAB Annual Leadership Meeting in Palm Desert, California, that digital platforms must “collectively build trust back into our systems and society,” and that Unilever would cut investment in platforms that breed division.

Weed said Unilever will not invest in platforms that do not protect children, that the company is committed to tackling gender stereotypes in advertising and only will partner with organizations that are committed to creating better digital infrastructure, such as aligning around one measurement system and improving the consumer experience.

Their impact remains to be seen.

Hernandez thinks it will be minimal.

“I feel, from a broader trend perspective, this is probably going to mirror more with what you saw with P&G,” he said “You saw some threats, you saw some response, but you saw no real spend pullback.

“I think you’re probably going to see the same thing with Unilever because, from an advertising product and reach perspective, social channels are dramatically better over what you can do over traditional programmatic advertising.”

Delany thinks the benefits to consumers will be limited.

“I don’t know that what they are complaining about is (that pertinent) to the consumer side,” he said. “I think all they really care about is where the money is going and how it is being spent.”

Baydin said what Unilever didn’t say is as important as what it did say.

“What you’re not hearing is this: Advertisers are not willing to give up the scale and reach the platforms provide and the individual publishers never could,” he said. “The reason why Facebook and Google are such powerful mediums is because they are platforms, they’re not demographic-specific publishers with an opinion.

“They have mass global reach and it doesn’t seem to be slowly anytime soon, but, in order to get that, that means they have a lot of long tail content and a lot of that content is user-generated content.

“The Unilevers of the world want that and need that reach.”

Baydin thinks change will come from the platforms, not from pressure from advertisers, but he feels those platforms may welcome the chance to act.

“In a way, I think it helps the platforms like Facebook and Google make some of these tough decisions,” he said. “They are almost happy they are getting this ultimatum because they want to do the right thing, but it’s hard to prioritize to find that balance.

“But these are public companies, and when the largest advertisers that generate the vast majority of revenue for these companies say, ‘Enough is enough,’ it helps them make those decisions and invest in areas such as suitability and brand safety. You’re seeing quotes from the people at Facebook almost welcoming this because it will give them the opportunity to make investments to showcase these investments to the advertisers and prove that they are being heard.

“I think you will see larger brands making similar statements and I think you’ll see the platforms reacting the best they can.”