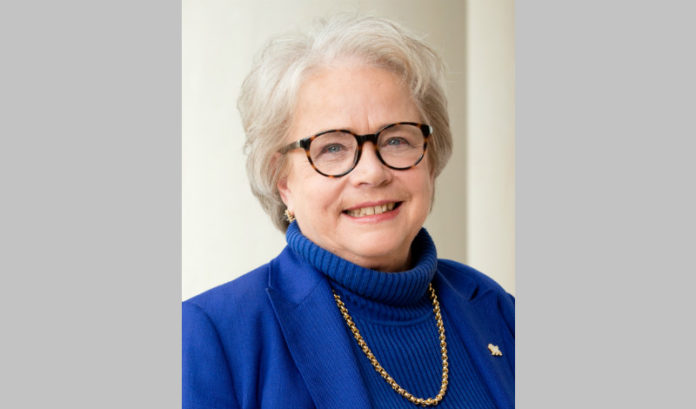 The College of New Jersey board of trustees voted to rename the TCNJ Library the R. Barbara Gitenstein Library at a meeting Tuesday night.

“The college’s library is the heart and soul of the campus,” Board Chair Jorge Caballero said. “The board of trustees’ decision to name the library for Dr. Gitenstein is a truly fitting tribute to her 19 extraordinary years as president.”

Gitenstein is retiring in June, at the end of the academic year.

According to a news release, the five-story library building opened its doors for the fall 2005 semester, a year into the college’s academic transformation, which was led by Gitenstein. This academic transformation created more opportunities for mentored research, in-depth coursework, immersion experiences and independent inquiry.

During Gitenstein’s tenure, TCNJ’s four-year graduation rate increasing from 58 percent to 76 percent for all students and from 21 percent to 69 percent for Educational Opportunity Fund students, or those from lower socioeconomic backgrounds.

Gitenstein is credited with helping to increase the school’s endowment by more than 1,200 percent and leading the school through its first comprehensive finding campaign, raising $47 million from more than 13,000 donors.