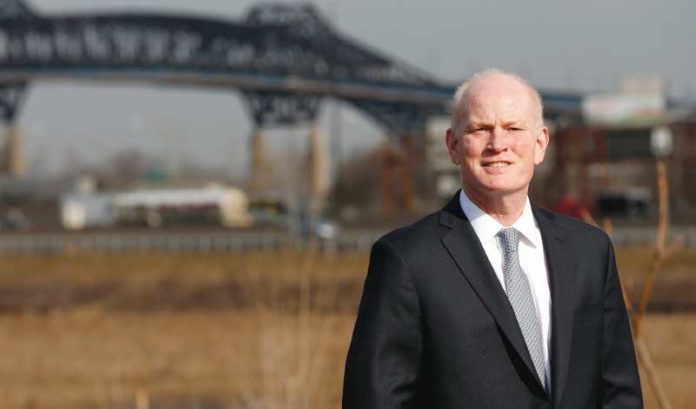 A mess attracts attention. Cleaning it up is a quiet accomplishment.

However thankless it is, the cleanup of more than 100 years’ worth of industrial activity in New Jersey is a quite important feature of an environmentally-sound future for the state.

And those in the remediation industry — such as Michael Novak, president of Atlantic Environmental Solutions Inc. — are thankful for the business.

His company has handled over $50 million in industrial and commercial projects at more than 5,000 client locations across 47 states, but the bulk of those projects have been within an hour of the company’s Hoboken base.

He started when the Environmental Protection Agency was the new kid on the regulatory block.

“At that time, there was a lot of money in this and attention on the sector, with lot of opportunities for large-scale cleanups of old, known problem sites in New Jersey,” Novak said.

In retrospect, Novak sees a lot of those projects as low-hanging fruit compared with most of the work his firm does today. The frequency of large-scale, contaminant-laden projects has waned over time.

But that doesn’t mean, even about 30 years after Novak got his start, that there has been a slowing of the need for environmental touch-ups of aging industrial sites in the Garden State.

“One would think there’s only so many contaminated properties and that they’re all going to be clean at some point,” Novak said. “But, after all this time, there’s still plenty to do today, and there will be for the long haul.”

The ever-changing cast of politicians and their views on the environment — at least on the federal level — doesn’t really affect the industry’s prospects, he added.

“Not to say there has been no negative impact based on (President Donald Trump’s) administration’s view on environment,” he said, “but the real estate market has factored environmental liability as an item that always need to be addressed.”

Driving a significant need for environmental cleanup of sites right now is the quick-moving revitalization of cities such as Camden, Newark and Jersey City.

“We’re really going through a public policy cycle with an influx of interest on redeveloping urban centers,” he said. “It’s about thinking how you take these neglected assets and breathe new life into them. That, at its core, is about sustainability. Especially in New Jersey, the idea of extending infrastructure out of existing communities is not a sustainable practice.”

Even if it’s the sustainable direction, going back into forgotten developments in urban cores and redeveloping previously existing tracts involves a lot of remediation work.

But, the end result is crystal-clear.

“As a child of the ’60s, remembering the Newark riots and all that — I never imagined a city such as Newark would pick up and go as it would,” Kimmerle said. “It’s an amazing thing we’re seeing happen.”

Cleaning up the rules

Just as many New Jersey industrial sites are due for a cleanup, so, too, might be the framework that guides that work.

The sector’s central policy is the Site Remediation Reform Act, or SRRA, which sought to remedy a once long-delayed environmental remediation process with an infusion of resources and new guidance. Since its 2009 implementation, more than 10,000 remediation jobs have been completed.

But Michael Sinkebich Jr. of Lieberman & Blecher P.C. said some have expressed that the law could be adjusted for today’s industry.

Although nothing specific has been detailed yet, Sinkebich said it’s even a possible agenda item for Gov. Phil Murphy’s new term.

“The program has been successful — with a lot of remediation jobs closed out because of it — but there is talk about SRRA 2.0,” he said. “There are kinks in the system that need to be worked out, both in terms of incentives to get cleanups done and changes in the way certain contaminants are regulated.”