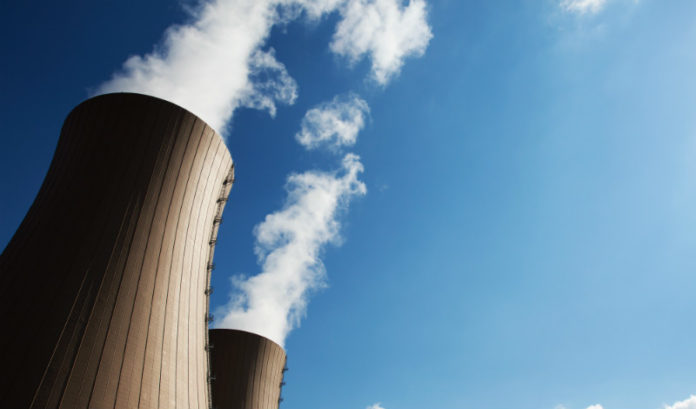 The energy subsidy bill making its way through the New Jersey Legislature is not the first for Exelon, the parent company of Atlantic City Electric and the owner of 43 percent of the nuclear plants in question.

In each of those cases, Barron said, the state has demanded proof the plants were at-risk, and only then agreed to subsidize.

Whether or not New Jersey chooses to join the ranks, Exelon stands to benefit.

If the nuclear plants in Salem stay open, their revenue is maintained.

If the plants in Salem close, the company stands to profit through its out-of-state energy sources — including natural gas — which would see an increase in demand, Barron said.

But an upcoming bid for energy in May, and other decisions about capital investments, are reasons Exelon and plant co-owner Public Service Enterprise Group have given for the pressure to pass the bill.

“Some opponents acknowledge the value of nuclear but claim that legislation is not needed in New Jersey because the plants are not at risk or because other (federal regulation) market design changes will eliminate the risk,” Barron said in her written testimony. “These arguments are misplaced. These units are uneconomic and, without fair compensation, the owners must immediately make critical capital decisions that will determine their future.”

In a recent interview with ROI-NJ, Barron said that, although other states have already included policies to save their nuclear plants, there are more looking to see what happens in New Jersey.

The state has been able to reduce carbon emissions significantly with its focus on nuclear and other renewable sources, and would reverse that trend without the plants, she said.

And although there are programs like the regional greenhouse gas initiative — which New Jersey is eyeing re-entering after Gov. Phil Murphy’s recent executive order — the RGGI doesn’t offer enough of an incentive to be financially beneficial, compared with the $200 per megawatt hour that solar gets, for example.

And if there are better incentives or subsidies from the federal level, those would be considered in the reviews every three years by the BPU.

Barron said in her written testimony that even the grid operator, PJM Interconnection, has incorrectly forecasted the revenues of Salem 1 and 2 and Hope Creek.

(READ MORE from ROI-NJ on the subsidy bill.)

“The analysis has four major errors: It assumes costs will remain fixed at 2016 levels without any escalation for inflation; it does not include the cost of operational risks that are included in the (Federal Energy Regulatory Council)-approved PJM tariff; it does not include the cost of market risks such as the costs arising from contractual obligations if a plant is unable to deliver (both operational and market risks are included as certified ‘costs’ in the proposed legislation); and lastly (PJM) assumes that Hope Creek, which is a single-unit reactor, has the same costs as a dual reactor unit, which is not consistent with industry benchmarking.”

Correcting those projections, “The profitability of Salem and Hope Creek for the years 2018, 2019 and 2020 would show a significant shortfall, not a surplus, because forecasted costs are clearly greater than projected revenues,” she said.

Without the bill’s passage, the BPU will not get a chance to review PSEG’s financials and determine if it is indeed in need of a subsidy. But with the bill’s passage, ratepayers could be on the hook for increases in their electricity bills, though that increase is capped.

The bill was voted out of the joint committee and is slated for a vote in the Senate on Monday, and in the Assembly in March.