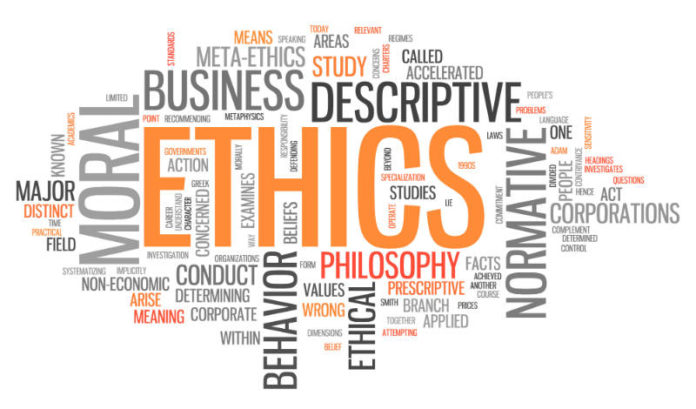 Google’s original motto — “Don’t be evil” — got a lot of praise at the time. How hip, how different. But it set a pretty low bar. The fact that the motto generated so much buzz was a reflection of how little we expected from the business community.

We expect more these days. (And to its credit, so does Google. It replaced the old motto with a new one in 2015 when parent company Alphabet was formed. Today, the company’s model is “Do the right thing.”) Increasingly, all across the economy, more and more companies are focusing on doing the right thing. They recognize that behaving in an ethical, socially responsible, transparent and authentic way is good for business. Yes, ethics may be having its moment.

New Jersey is part of the party.

Five Garden State companies were recently included on Ethisphere’s list of the 2018 World’s Most Ethical Companies.

The Ethisphere Institute calls itself “the global leader in defining and advancing the standards of ethical business practices that fuel corporate character, marketplace trust and business success.”

Every year since 2017 it has honored companies “who recognize their critical role to influence and drive positive  change in the business community and societies around the world and work to maximize their impact wherever possible.” This year’s list included 135 companies from 23 countries and 57 industries (but, alas, not Google).

And among them are these New Jersey-based companies:

The business of business, of course, is business. And it can be a cutthroat world. But that just means companies that manage to do good while they do well are all the more deserving of praise.

Behaving ethically is more than not behaving poorly — and the truth is, many companies all across the spectrum still find themselves ethically challenged. Which is a nice way of saying that unscrupulous business practices are still rampant. But that’s why honoring companies that do behave ethically is so important.

Working for an unethical company is unpleasant and soul-draining for employees, and ultimately leads to poor performance and costly turnover. And dealing with an unethical company from the outside, as a customer, supplier or investor, can be frustrating — or worse, if you are on the receiving end of the unethical behavior.

(READ MORE from ROI-NJ on the Most Ethical Companies.)

But even more important: The Ethisphere Institute is convinced that “values-based leadership” — which is based on “diversity and inclusion, investment and long-term commitment, and constructive use of a company’s voice” — is more profitable. The institute says its research has found that the companies on its list “outperformed the large cap sector over five years by 10.72 percent and over three years by 4.88 percent.”

The Ethisphere Institute calls this the “Ethics Premium.” Let’s hope it is right.

Issues to look for as N.J. athletes and colleges navigate NIL...