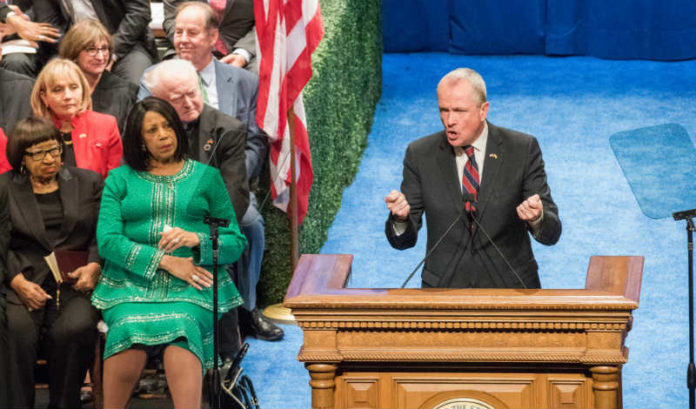 Officials from the state of New Jersey and the federal government are having a philosophical — and financial — difference of opinion regarding how the Gateway Tunnel project should be funded, according to Gov. Phil Murphy.

“The Trump folks envision a whole lot of private capital, and they envision a big burden being borne by the states and localities,” Murphy said of President Donald Trump’s administration in an interview with the ROI-NJ editorial board on Monday afternoon.

“I see a larger role for the federal government.”

The remarks were the first Murphy has made publicly since he met with Trump on Sunday during the National Governors Association meeting. He offered some details of the conversation.

“They have a different mindset on infrastructure. I tried like heck to find common ground. Their approach would not be my approach, but that doesn’t mean we’re giving up on finding common ground.”

Asked if he believes there is any clear path forward, Murphy said it was too early to tell.

“We had a constructive conversation, but we are not there yet,” he said.

Murphy emphasized that the issue was one of national economic interest, rather than just a problem for New Jersey and New York.

Murphy also gave a shout out to retiring U.S. Rep. Rodney Frelinghuysen, a Republican from the state’s 11th District. As the chair of the Appropriations committee, Frelinghuysen has worked extensively on the issue.

“He is committed to this as a legacy matter,” Murphy said. “We are working closely with the congressional delegation, as you might imagine.”

And Murphy said he remains optimistic.

“I’d like to have the money locked up and shovels in the ground, but this is taking longer and the path is not 100 percent clear yet,” he said. “We will see whether we can thread the needle and find common ground.”