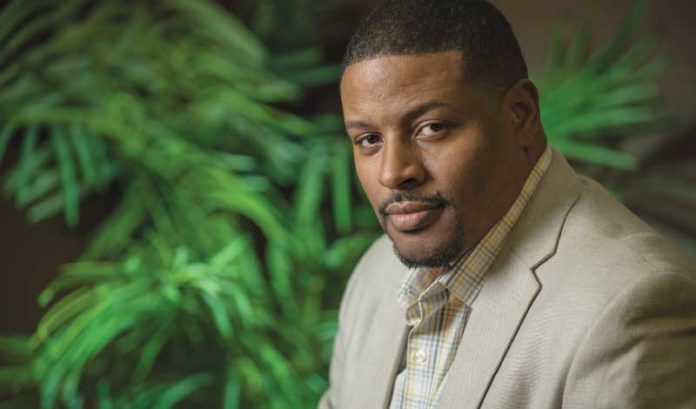 The echoes of many New Jersey investors can be heard when LaQuay L. Juel talks about potential for the state’s cannabis industry to be a windfall.

But the acoustics are different when he speaks of there being an extreme dearth of African-Americans sharing in those profits.

“A lot of people don’t talk about it,” he said. “But, of the 5,000-plus legal marijuana business licenses awarded nationwide, only something like five were awarded to African-Americans for retail sales. So, I’m hoping New Jersey won’t follow that same pattern.”

Juel, through his involvement in the new cannabis-centered Obsidian Elite Investment Association, doesn’t come to this issue from the activist world. Nor does he think any sort of advocacy alone will be enough to confront this problem when the industry sets up in New Jersey.

“It’s a matter of not just asking for greater representation,” he said. “It’s not a moral position, or asking, ‘Will someone do this for us?’ It’s a matter of taking ownership of the market for ourselves. It’s more about what power do we have and how can we exercise it through whatever construct is available to us.”

To that end, Obsidian Elite Investment Association is creating a first-of-its-kind pathway for people in minority and working-class communities to enter a larger investment fund that’s geared specifically for the cannabis industry.

The association, formed by a small group of local African-American business leaders, is conducting a $50 million fundraising effort.

Tammeisha Smith was an early proponent of the organization and was the one to bring Juel to the table during its formation. The goal, she said, was to create an entity that would ease minorities into ownership in the state’s emerging cannabis market.

“At the time of us first talking about doing this, in the other states that had legalized cannabis and given out licenses, only two had been awarded to businesses run by minority women,” she said. “We realized that there was such a need to create equality in the market here, and took that on as our charge.”

Perhaps obviously, the funding initiative is on hold until the finalization of legalization legislation. Gov. Phil Murphy’s signature campaign promise is awaiting further state Legislature action, but at least one bill is still alive after being introduced for review.

Legalization could create an overnight market for cultivators, transporters, retail operations and delivery services for recreational cannabis use.

Neither Smith nor Juel felt it was in their best interest to personally become owner-operators of such businesses, but both saw a way of putting their expertise in financial markets and business connections to use for a related purpose.

“It just didn’t make sense for any of us to own dispensaries or cultivate ourselves,” Smith said. “But we saw this other avenue.

“There was no platform that could be a vehicle for access to investment. And, if the state’s legislation does not have language to include minorities, we have this association to raise funds to support that inclusion.”

Outside of a fund like the one they’re creating, individuals would have a difficult time investing in private companies backed by exclusive venture capital firms.

“There’s just no real way in as an unaccredited investor,” he said. “There’s only really minor crowdfunding projects, but crowdfunding is not often well understood by the African-American community.”

On the business side, there’s also a significant barrier to entry. State regulators have sought ways of encouraging minority-owned businesses to apply for growing licenses, but they have only achieved limited success — with one factor no doubt being that the hefty cost of entry for any cannabis-related business.

“We’re talking six or seven figures, easily, for these startups,” Juel said. “Coming from the African-American community, we know 98 percent of our population does not have access to that sort of liquidity or wealth.

“So, the very people stigmatized and incarcerated and attacked for usage of this plant are now also going to be barred from this emerging market.”

Juel’s opinion is that the shift of dollars that have come into poor African-American communities illicitly for marijuana to a more elite business sector is likely to further damage communities already harmed by the war on drugs.

“Which is why such a huge disparity in the area of minority ownership is going to bring greater harm in the roll-out of cannabis legalization than what we already have,” he added. “We just don’t want to add insult to injury.”

For Juel, the lack of representation of minorities in the cannabis industry is a formula for isolating a sizable portion of the product’s consumer base. In fact, he believes that’s already been seen with a lot of the early cannabis businesses.

“What you’ve gotten is a corporate presentation in terms of packaging of products — with a Walmart on one side and Macy’s on the other, and in between somewhere there’s the missing experience and perspective of minorities that have not been given weight,” he said.

Juel anticipates a groundswell of support coming from a minority customer base for African-American businesses in the cannabis sector in New Jersey. That’s why he views it as a smart business move, especially for as long as it retains its illegal status in New York, Pennsylvania and Delaware.

John Harmon, CEO and president of the African American Chamber of Commerce of New Jersey, agrees. Moreover, Harmon expects it would have a part to play in larger societal issues.

“What this industry as a whole could prove to be is a pathway for entrepreneurship,” he said. “It could help turn some of the injustice on the criminal justice side around — hopefully, mitigating some systemic problems African-Americans have experienced in the state.”

There’s no question what the African American Chamber of Commerce of New Jersey’s top priority is right now.

“It’s all about getting the state of New Jersey to adopt some minority- and women-owned goals for public contracts,” John Harmon, the organization’s CEO and president, said. “It’s a big issue for us.”

He would like to see a position taken similar to that of neighboring New York, which implemented a 30 percent goal for contracts going to minority- and women-owned firms. Harmon’s hope would be for at least 20 percent, which could potentially be worked to a higher figure later.

Whether Gov. Phil Murphy’s inauguration presents an opportunity to accomplish that is still being discussed.

“Based on conversations with Murphy and his team, it seems to be very optimistic,” Harmon said. “I would have to say I’m encouraged with what we’ve heard so far, but, until it happens, it’s still a box we need to check.”