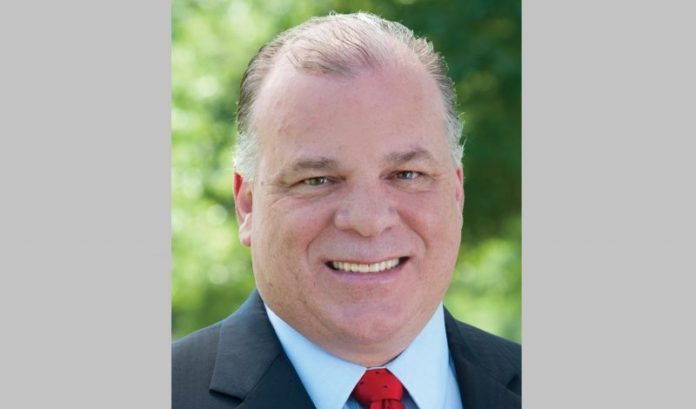 State Senate President Steve Sweeney has named the 24 members of his “Economic and Fiscal Policy Working Group,” a panel tasked with studying a complete overhaul of New Jersey’s tax structure. The goal, says Sweeney, is nothing short of “blowing up the system” and rebuilding it to put the state on a firmer and fairer fiscal footing.

The new working group — with bipartisan legislative leadership and a roster of highly respected policy experts and economists — is an example of just how good Sweeney is at this game. This game, in his case, always being twofold: sound policy … and relentless, professional-wrestling-like poking of his enemies.

Sweeney and new Gov. Phil Murphy, a fellow Democrat, may not quite be outright enemies yet — but there is clearly tension between them. Sweeney has backed away from his previous wholesale support of some of Murphy’s key proposals, especially a new tax on the state’s wealthiest residents.

The new federal $10,000 cap on the tax deduction for state and local taxes will hit the wealthy in high-tax New Jersey particularly hard, and Sweeney says that further increasing their taxes right now could cause wealthy residents to flee the state. That’s an argument Sweeney rejected when former Gov. Chris Christie made it while vetoing numerous versions of a millionaires tax that Sweeney had supported. But that was then.

Carl Golden, a senior contributing analyst with the William J. Hughes Center for Public Policy at Stockton University, has called Sweeney’s new posture “a shot across the bow of the USS Murphy” and a reminder to the new governor that he needs Sweeney to get anything through the Legislature. Hence, Sweeney’s new study group to examine New Jersey’s entire tax structure before enacting any millionaires tax — an initiative that Sweeney apparently did not consult Murphy on first and that includes no one from the Murphy administration.

But good things can get done for the wrong reason in Trenton. Nonpartisan policy experts, editorial writers and others have been calling for structural tax change in New Jersey for decades. And, now, the most powerful person in the Legislature is calling for a “long-overdue examination of the adequacy, fairness and competitiveness of our tax structure.”

And Sweeney is so good at this that he has actually appointed a panel of serious people who just might come up with a way to stabilize the state’s high taxes and teetering finances. Chairing the group will be state Sens. Paul Sarlo, a Democrat, and Steve Oroho, a Republican, who have a record of working together on tax issues, and Assemblyman Lou Greenwald, a Democrat.

That’s quite a list. Whatever his motivation, Sweeney has done state residents a favor by putting these people together.

The League: How some are standing out in a stream of...

3 investments that will give your small business a boost