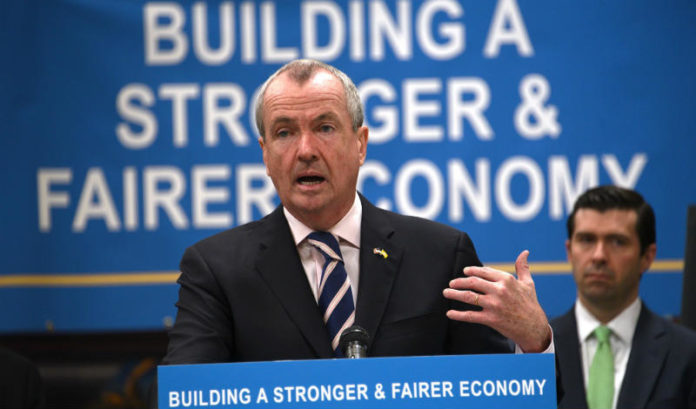 “We must make sure that state residents have access to jobs and opportunities that will allow them to contribute to our economy,” he said. “In order to get the economy right, we need to make informed decisions about the path forward in New Jersey. I look forward to hearing the council’s recommendations and beginning the process of building a stronger and fairer economy in our state.”

The idea to form the council came from Murphy’s transition committee, which recommended creating it.

It includes some stakeholders, like the Economic Development Authority, but is mostly comprised of cabinet members.

Particularly, who will fill the very palpable void left by former Lt. Gov. Kim Guadagno. With the new lieutenant governor, Sheila Oliver, taking on a different role in the new administration, although she will sit on the council, there is no point person to handle questions and concerns that the chamber receives.

“In the prior administration, if we had a problem who had an issue with an agency or couldn’t get a permit expedited, we simply said, ‘go over to the Business Action Center, and they’ll help you out,’” Egenton said. “We’re still kind of looking at the tea leaves there, of where will the ultimate housing of economic development be. Of course, we have the EDA and (new CEO Tim) Sullivan.

“In the last administration, it was Guadagno. I mean, (former Gov.) Chris Christie would sign things, but she ultimately did all the road shows, went to all the chambers and had these events with the cabinet members in different counties. It worked. It had a sort of a structure with Choose New Jersey and EDA and Business Action Center. We appreciate what the governor did, but, if you notice, other than his staff and cabinet, the only other person was the (John J. Heldrich Center for Workforce Development at Rutgers University). I hope there are other things to come and guidance from folks like us on business concerns and issues and how this whole structure in state government rolls out, and where do we go when we do have those types of concerns and questions from our members.”

The executive order calls for recommendations on national and state economic trends, how the government can help in any way, improving job prospects in the state and identifying sources for priorities like infrastructure funding.

Michele Siekerka, CEO and president of the New Jersey Business & Industry Association, said she is happy to see the council formed and had been waiting to see some action like this from the governor.

But she, too, expressed caution about how the council will incorporate engagement of groups like NJBIA.

“The issue right now is how are they going to operate and how is the private sector — which has a significant amount of knowledge of what is needed, practically, because they are boots on the ground — how they will be engaged in order to bring our thoughts and ideas and information to the table. As of now, it looks like they are keeping it all within state government. Even the Heldrich Center, because it is part of Rutgers (University).”

Siekerka said she was encouraged to see the inclusion of the Heldrich Center’s founding director, Carl Van Horn, on the council, since he was also part of the transition team and is a respected voice on workforce and employment issues.

“We are looking forward to the process and to see how the council operates and how it will welcome and invite and engage with the private sector,” Siekerka said.