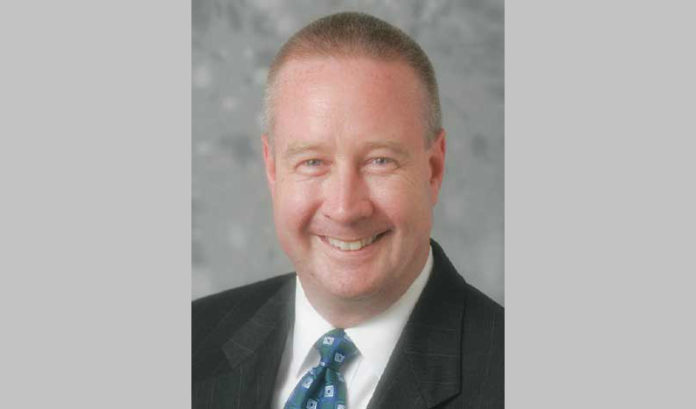 It has been 18 months since Wells Fargo became the poster child for banking gone wrong and corporate dishonesty.

The credibility of the bank — and its more-than-150-year history — was crushed after it was revealed that sales practices led to the fraudulent opening of more than 3.5 million accounts in an effort to meet unreasonable goals in an “overbearing sales culture.”

The scandal resulted in fines of more than $300 million and the ouster of many top executives in the company, including forcing CEO John Stumpf to resign.

The impact of the scandal still resonates today.

The San Francisco-based bank has had its issues play out across the country, especially in Washington, D.C.

This February, the Federal Reserve — in an unprecedented rebuke — indefinitely banned Wells Fargo from growing any larger than the total assets it had at the end of 2017 until it can demonstrate it no longer has a predatory attitude toward its customers.

Wells Fargo has a huge presence in New Jersey, with 286 branches and 5,700 employees.

How do its leaders overcome these issues at a local level?

And how do they restore the bank’s credibility with business customers — and within its own business?

ROI-NJ recently sat down with John Cole, an executive vice president at Wells Fargo who serves as the Northeast Business Banking regional manager.

Cole oversees a seven-state region, but he works out of the Summit office and has lived and worked in New Jersey throughout the entirety of his 34-year banking career. He also is a board member of the New Jersey Chamber of Commerce.

Here are Cole’s thoughts on how he and his team have handled six different type of relationships since the scandal broke nearly 18 months ago. Some were moves Cole and his team made at the beginning, some are how they are handling things today.

ROI-NJ: How did you discuss the scandal with your existing clients — and how proactive were you?

John Cole: Our first priority was to contact all of our customers and talk about what’s going on and what we’re doing to fix it. The first thing you do is lean in, and you’re honest and transparent about what occurred. You admit there was a mistake in the culture, you talk about what you’ve done to remediate, including a proactive look into all of our practices into 84 lines of business. Things that have come up subsequently have been because we discovered them, we found them, we surfaced them — because we want to build trust one client at a time.

If you’re already a client of ours, you point to the experience they’ve had dealing with their banker and the relationship team around them for years without issue, because, in my department, business banking, that’s what they experienced.

We’ve had remarkably low attrition. You might have assumed we’ve had customers flying out the door, but that’s not what’s happened with business banking in New Jersey, because these business bankers have been taking care of these business banking clients for a long time. The right way. And that’s as much your brand as any logo or any stagecoach on TV. That builds confidence in team members when they hear clients say, ‘We get it, we’re still with you.’

ROI: How did you discuss the scandal with prospective clients?

JC: If it’s a brand-new prospect, somebody considering doing business with Wells Fargo, you have to build that (trust) with the person that’s in front of them. You have to speak to your track record.

Again, we acknowledge mistakes and what we’re doing to repair them. But, I think the important thing is the willingness and the strength and the courage to admit when you’ve made them, and to fix them and to lean in.

Don’t wait for them to ask. Talk about it. And talk about why you’re confident you can still deliver an amazing value proposition, and all the competitive advantages that Wells Fargo brings to a client.

Relationships between Wells leaders in New Jersey and their employees

ROI: How did you handle the concerns of the employees on your team in the opening months following the revelations? And how much did you reach out to them?

JC: You have to be real and understand that the team members feel impact. You have to first acknowledge their emotions around that change or that feeling.

No. 2, you have to remind them that they themselves, in the role they are in, are doing fantastic. Our most important value and mission is to take care of customers. And you’ve still got all this great capability behind you to deliver our value proposition. As a leader, it’s positivity, it’s resilience, it’s knowing that we will repair, we will build trust and we will go forward. You have to try to get people to believe in that and to follow that and to execute with the same pride in themselves and their company in spite of an incident or more than one incidents that we’re overcoming.

No. 3, it’s access, it’s transparency. I think it’s very important to stay very connected to your team members during times like this, to have the door wide open so they feel safe saying, ‘I feel a certain way, I want to talk about it.’ You can’t take anything for granted during a time of challenge. You have to be more connected and, yes, you have to intentionally create those connection points.

Relationships between colleagues at the bank

ROI: The biggest problems with Wells Fargo were based in retail banking, not business banking. But — and we’ll make an analogy to the owners of BP gas stations during the Deepwater Horizon spill in the Gulf of Mexico — it’s tough when an entire organization is painted by the actions of one part of the company. How do you handle that?

JC: That was probably the first emotion that leaders and team members had to come together on, 17 months ago, when there might have been a temptation for someone to say, ‘Oh, it’s that department.’ But what you try to remind folks of is that this can happen to anybody. Anybody can make a mistake in any division over 84 lines of business. We’re all in this together. It’s one stagecoach pulled by 84 horses, for lack of a better analogy. Somebody came up lame, but we’re going to pull together.

We’re still part of the same brand. We’re still part of the same 100-plus-year legacy. We’re in this together, it’s not about us vs. them internally. Take heart that the group that had the problem is fixing it. Let’s have faith in our partner, let’s support our partner and let’s go to market as one Wells Fargo. You hope people understand that message and follow that message, because that’s the message we led (with). It’s not an ‘us vs. them’ mentality internally. And when it crops up, and when it did crop, you’ve got to just go there. You have to allow it to come out, and you have to talk about why that isn’t a healthy place to stay, and then you move forward as a company, because that’s the only way it’s going to work.

Relationships between the company’s national headquarters and its regional groups

ROI: What did you hear from the senior leaders, including new CEO Tim Sloan? Was there a playbook for how to handle this? Were their talking points you had to follow? What was the advice from up high?

JC: There was one key point that senior leadership wanted out there: That our primary focus has never changed — we’re taking care of our clients. That’s it. Clients first. The same thing we’ve always done. Know your clients’ needs and take care of them. And make sure the outside world knows that hasn’t changed.

Our core basic business model hasn’t changed. That’s something our CEO wants out there every day. We’re humbled by it and we’re going to build trust and we don’t think of it as a one-time event; it takes years to build trust. Another thing he wants out there as a talking point is that we have very high confidence that we’re going to resolve these issues, whether it’s a consent order remediation by the OCC (Office of the Comptroller of the Currency), whether it’s changing our sales practice culture from 17 months ago. Whatever it is, we’ve got the resources, commitment and confidence that we will get that done.

Relationships between Wells and prospective employees

ROI: We’re guessing the scandal always comes up when interviewing prospective employees. How does that go — and do you think it has impacted your ability to attract talent?

JC: We address it head-on. We have to be transparent and have to give them confidence that we’ve got this thing fixed.

When a prospective team member doesn’t bring it up, we do. And, you’d probably be surprised, we have had no issues having a talent pool and a tool from which to recruit. We’re talking New Jersey and elsewhere in my region. I’m thrilled to say that.

We have a compelling story. Some of the things we do around career development, talent management, the fact that we have so many lines of business and we are intentional about exposing them to a broad set of career opportunities over the long haul. I’m thrilled to say attracting talent has not been a problem.