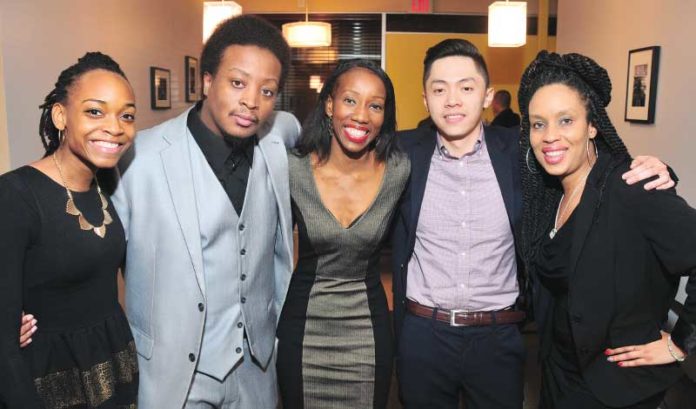 Diversity and inclusion have become key points in Gov. Phil Murphy’s administration, both in his cabinet and with his wife literally having a seat at the table.

But it’s not the first time an administration in New Jersey has pushed itself to truly look like it represents its residents.

Tara Dowdell, who served in Gov. Jim McGreevey’s administration in 2002-03, knows the effort it takes.

As director of appointments for McGreevey, Dowdell pushed for greater diversity of candidates, which turned out to be more of a Herculean task than she anticipated.

“I was aggressively trying to diversify boards,” she said. “The representation of women on boards and people of color was abysmal.”

There was a lot going on in the then-new administration, but she recognized two key issues at play: race and gender.

“In politics, the gender issue was more problematic because of sexual harassment,” she said. “But where I see the bigger issue around race is in business.”

The boards Dowdell was trying to fill during her time in the administration took the input of various industry organizations.

“The industry organizations would come meet with me, and they’d bring me a list of white guys from Bergen and Essex County, maybe a white guy from Middlesex,” she said. “I would always push back and say, ‘Can you give me a more diverse list of candidates?’”

Especially coming from an African-American woman.

While attempting to combat bias, Dowdell was unwittingly pulled into the conversation.

“I remember, in response, people were writing letters to the governor saying I was a reverse racist and I was being sexist,” she said. “And, when that didn’t work, they came back and said — and this is an ongoing excuse we hear — that there aren’t enough qualified people.

“They were people of color and women who actually had better qualifications than the original list they had brought to me. And that is not an exaggeration, it is not me saying this to push an agenda, it was a fact. If you put the resumes side by side, it was a fact that the diverse candidates were more qualified. And it wasn’t even by a small margin. And I remember being shocked. And I said, ‘These resumes are better than the ones you brought’ — and they acknowledged it.”

Some of the suggestions included Warren Wallace for the Delaware River and Bay Authority and Linda Kassekert at the Casino Control Commission.

Dowdell said she helped expand a number of boards to include African-Americans in sectors they have lots of business, like the state board of mortuary science and board of cosmetology, and helped appoint the first Latina to the state board of optometry.

In doing so, she learned a lesson.

Though the administration had taken the steps to diversify, Dowdell realized how few people outside Trenton knew what was going on, and kept hearing criticisms about McGreevey not keeping his campaign promise.

“I realized nobody knows that we are doing this,” she said. “What I realized is, if you don’t tell people and highlight it, they won’t know.

“So, I started hosting these events at Drumthwacket, the governor’s mansion, with all the (women and people of color) board appointments, and we invited the community, the media, politicians, influencers, and the room was overflowed. That narrative went away that McGreevey wasn’t making any progress.”

Dowdell left the McGreevey administration for a job at the Port Authority in June 2003, a few months before the former governor resigned.

She worked at the Port for more than two years, leaving in the fall of 2005.

Months later, she was a contestant on “The Apprentice.”

She didn’t win — which means she was “fired” by then-businessman Donald Trump — but that led her to her dream job as head of her own firm. She started the Tara Dowdell Group in March 2006.

Dowdell said she has experienced prejudice and sexual harassment every step of the way, enduring her fair share of #MeToo and #LivingWhileBlack moments.

But, as her reputation has grown, and as her client base has grown, Dowdell said she finds she runs into prejudice and sexual harassment less.

And, as time goes on, she is finding women have been her biggest advocates and helped her business grow.

“When they are happy with our work, they are evangelists for us,” she said. “They become (public relations) for us.

“Women engage more on Facebook, like things more and share posts more. Also, women are newer. We still have only four women CEOs in all of New Jersey of publicly traded companies. Women are new in a position of power; men have been around longer and gotten more accolades and it’s not as big a deal to them.”

Which is why Dowdell has seen a huge growth in women as clients in the past three years.

But, what really started to help her gain ground was the election of former President Barack Obama, who, along with his wife, helped change a lot of the common misperceptions of the African-American community.

Dowdell said she often has found people were astonished by her work.

“It’s people being surprised that my proposal is so well-written,” she said. “I’m in marketing, my proposal should be well-written. If you are receiving proposals that are not well-written from marketing people, that’s a problem. But it’s the utter surprise, or being asked, ‘Did I write this?’

“The intellectual capacity (of African-Americans) has always been questioned and the perception has always existed that they don’t have the intellectual heft. And it’s not true. When President Obama was elected, being as excellent as he was … it helped to change some misperceptions.”

All these experiences have helped her thrive in a time when a focus on diversity in business is taking place nationally, with the trend of chief diversity officers and women executives gaining greater recognition.

On Murphy’s administration, Dowdell said she has been pleasantly surprised by the variety of appointments to the cabinet — which is majority women — and staff in his office.

“I think what they are doing that is tremendous is not just having African-Americans and Latinos, they have a lot more Asians and southeast Asians that are involved,” she said. “It’s a reflection of who our state is, because the state is becoming more diverse ethnically, racially, culturally and religiously.

“We talk about representative government, that’s what it should be.”

Tara Dowdell has successfully managed a career in public and private life. It wasn’t easy.

She said she didn’t start her career with a “political godfather.”

“I went to one of Congressman (Frank) Pallone’s town hall meetings … and told him I was interested in politics,” she said. “He said he had an opportunity in his office and to come in on Monday.”

“I did what most people don’t do and followed up,” Dowdell said. “I showed up on Monday.

“He had not told anyone I was coming.”

That made for an amusing first impression with the district director, who, Dowdell suspects, thought she was just some “crazy person from the town hall meeting.”

But she was soon on board and volunteering her time at the office. That quickly turned into a full-time job when the office hired her.

“I came in every day, and I stayed late and worked hard,” she said. “People think that because I’ve had a long career in politics that I got there because I was politically connected. I was not. I was the one person, at the time, who didn’t really have someone. I didn’t have anyone vouching for me.

Murphy announces he has tumor on kidney — almost certainly cancerous...