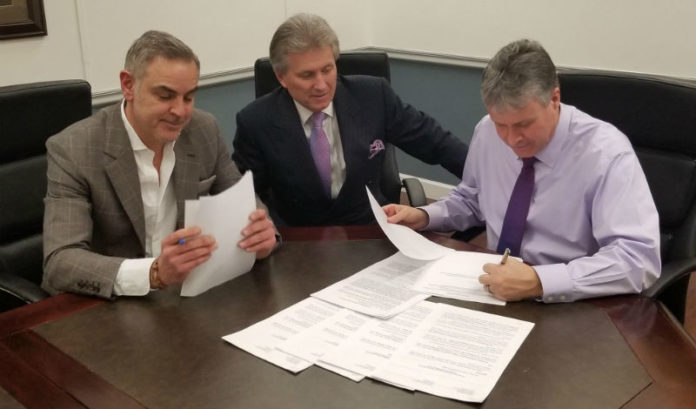 A new Costco warehouse store is coming to Bayonne, part of a deal that will bring millions of dollars and hundreds of jobs to the city, officials said recently.

According to Mayor Jimmy Davis, the city sold a parcel of land within the former Military Ocean Terminal that will become the new store. The sale garnered Bayonne $2.1 million upfront, and is expected to generate $435,000 in annual property tax revenue once the store opens.

“Having the chance to bring a company like Costco to Bayonne that pays its employees a living wage and provides great shopping choices and amenities is a home run for our city,” Davis said in a prepared statement. “This property has not paid $1 in taxes for over 18 years, and within a year, it will provide $435,000 in new annual property taxes. This is how we fix our city finances.”

City officials said ground will be broken within a few weeks and the store will open later this year. The mayor said Costco will be hosting a job fair for city residents, with the goal of hiring local workers for the store.