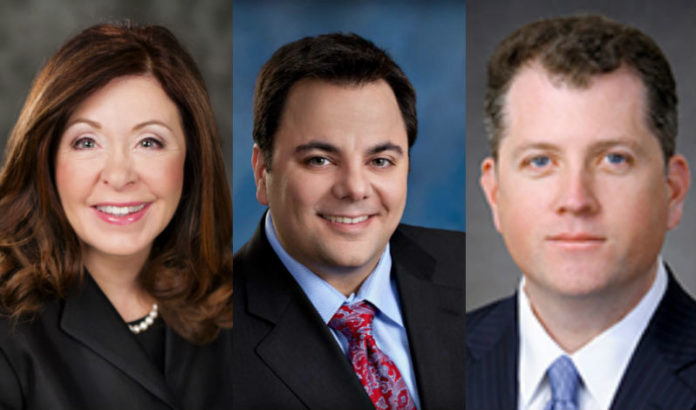 Kevin O’Dowd and Anthony Mazzarelli will become co-presidents and run the day-to-day operations of the health system.

Meanwhile, Kirby, in her new role, which includes the executive chair title, will evaluate partnerships and work with the board on new strategic growth for the health system.

“Cooper has had an amazing run of strong performance and growth over the last five years, which is directly attributable to the hard work and commitment of the people who work there every day,” said George Norcross, the chairman of the Cooper board of trustees.

“But we recognize that, to continue to lead in a changing and challenging health care environment, we need to begin now to plan for the future. Today’s announcement is an important step in that process.”

Cooper continued to see record growth in 2017, with its operating margin, minus the one-time cost of the Epic installation, being $34 million or 3 percent, according to the statement from Cooper.

“Health care is undergoing a profound change, from changing financial models to increased patient expectations. As the leaders of Cooper, we have an obligation to our community, our patients and our employees to prepare for these changes and seize new opportunities,” Kirby said. “I look forward to working with Kevin and Anthony to build upon the success of the last five years, and build a plan for the next decade. Our best days are ahead.”

O’Dowd has been with Cooper since 2014 and most recently served as senior executive vice president and chief administrative officer. He will focus on business and organizational developments and existing business partnerships.

Mazzarelli has been with Cooper for almost two decades and most recently served as chief physician executive and senior vice president. He will focus on quality and patient safety and the Cooper practice plan.

Murphy: ‘I still believe we’re in a dramatically different place on Memorial Day’

Real Estate
Eric Strauss -
January 22, 2021
A former Western Union office building in Montvale has been sold for $5.5 million, with a repositioning of the property planned, according to real...