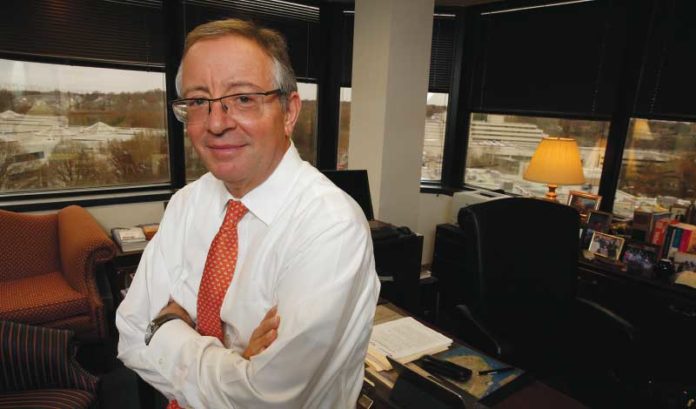 And have been for some time.

Tony Coscia, partner at Windels, Marx, Lane & Mittendorf in New Brunswick and chairman of the board at Amtrak, said input from private capital groups is welcomed and wanted.

“The GDC is the entity that would be seeking private-sector entities to participate in the project — and some of that has already begun,” he told ROI-NJ. “There was an outreach to the private sector, both investors and project management participants, looking for ideas and getting concepts to be brought in.

“It was a process to sort of open up the doors, saying, ‘We’re interested in ideas that private-sector parties can bring to all of this, because we think there’s a real wealth of information out there that private-sector entities have come across.’”

Coscia said discussions are still at the preliminary stage.

“The GDC will be the starting point for bringing private engagement to the project,” he said. “It hasn’t reached a point where we have defined the lines by an entity or a specific part of the project, but we’re all very much of the same view that there will be opportunities for private participation, both in building the project and financing it.

“It’s very much at the stage of trying to create a level of communication with private-sector entities so that the GDC can begin to understand where the private sector can engage in the project.”

For those reasons, Coscia said he feels the GDC is a key moving forward.

“The partners (Amtrak, the state of New Jersey and the state of New York) believe standing up the Gateway Development Corp. is an important part of this,” he said. “That joint venture, between the three partners and, hopefully, with support from the federal government, needs to be effective at managing this initiative.”

Coscia, however, was quick to point out that private projects are not always better run than public projects.

“What I think we really have to work on is getting the institutions that are responsible for advancing these projects to be well run, strong and able to execute on time and on budget. I think it’s the lack of confidence in these institutions that gives people an excuse not to invest in them.”

For Coscia, using a combination of public and private funds on infrastructure projects makes sense.

“Having public and private sector entities I think helps to make both of them stronger, make both of them more focused on accomplishing the mission that the investment or policy initiatives (and) people are trying to achieve,” he said. “That makes both partners stronger, and, by doing that, it makes it easier for people to allocate capital resources to it.

“People are generally reluctant to put capital behind an initiative they think is going to result in a waste of money. There is a need to create a level of confidence that resources are going to be well spent. That is an approach that allowing public and private entities to work together helps to create.”

Murphy, after attending a meeting with Trump and his administration at a governors meeting late last month, said on Feb. 25 he has hopes a solution can be found.

“They have a different mindset on infrastructure. I tried like heck to find common ground. Their approach would not be my approach, but that doesn’t mean we’re giving up on finding common ground.”

Coscia remains confident the project will be built. In fact, he said it’s already started.

“I think it would be inaccurate to say we’re waiting to start the project,” he said. “I think the project has started, we’re working on it every day and people are doing some significant work advancing it.

“But, to state the obvious, what we do not have at this point is a comprehensive financing plan for the entire project that represents a clear commitment from all the different stakeholders that we think need to make that commitment in order for it to truly come to pass. In the interim, the partners who are on the project are actually spending money and investing money and advancing the project.”

Coscia said he feels the sides will reach an agreement because he feels they have no other choice but to do so.

“I’m extremely confident we’re going to come to an agreement and the project will advance,” he said. “And the project will get built for the simple reason that I don’t think we have an option. Everyone recognizes that it has to be built.

All that’s left is the funding.

“We all have some work to do to come up with a plan to finance Gateway that all the partners are comfortable with,” Coscia said. “I think that’s a process and a process that we’re in the middle of, but I still remain optimistic that there will be a level of commitment from everyone involved.

“I think there’s very little dispute that Gateway is one of the most important projects, if not the most important infrastructure project, in the country. And I think everyone that I’ve spoken to at every level of government agrees with that assessment.”