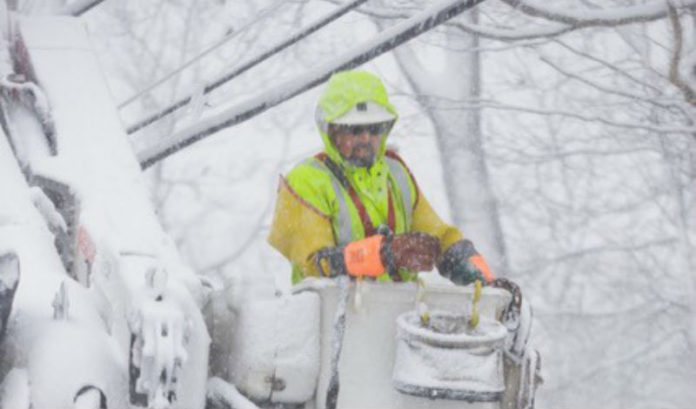 Ron Morano knows all the numbers.

More than 4,000 crews and line workers out working to restore power, with 200 more coming in Thursday from out of state … more than 90 percent of all customers with power … and up to 2 feet of snow mixed with high winds to potentially change that number.

And then there’s this one: one disgruntled customer on social media trying to minimize and criticize the company’s efforts.

When you’re the spokesman and public information officer for Jersey Central Power & Light, dealing with the public during times of storms such as the nor’easter that blew through the state Wednesday — the second major storm in less than a week — is all part of the job.

Even if it means more than a few mean tweets.

“That’s the nature of the business,” Morano said. “People are going to use social media to try to create situations that don’t necessarily exist. Our job is to try to put as much correct and valuable information out there as we possibly can.”

For Morano, that means communicating as much information as possible to as many people as possible.

Morano said JCP&L does that in a number of ways.

“We use them to tell people what’s going on and post pictures of the work that is being done,” he said. “We’ll post videos about the restoration effort to let people have an idea of how hard the work is that our crews have to do in conditions like this.”

Then, there’s a midday “officials call,” where municipal leaders and elected officials are able to call in to JCP&L President Jim Fakult and Vice Presidents Mark Jones and John Anderson to voice concerns and share information.

“We take the issues that they have and respond to their questions and work on solutions to the things they bring to our attention,” Morano said. “We obviously have the ability to escalate our response depending on what we learn.”

In addition, Morano works to send out news releases and take calls from the media. Anything, he said, to get the correct information out there.

“We communicate, communicate and communicate,” he said. “The thing that we do that gets our message out there the most is communication. We take every effort to try to get correct information to our customers.”

Wednesday’s storm not only came quickly — at times up to 2 inches of snow an hour — it produced the type of wet snow that leads to more branches breaking, more tree damage and more damage to poles and wires. Roads that previously were cleared become blocked again, making it difficult for utility crews, Morano said.

And, at one point in the late afternoon, JCP&L had to pull its crews in for safety reasons.

All of these factors potentially mean estimated restoration times get changed.

It’s moments like these that lead to attacks on social media.

Morano said taking the hit — even unfairly — is just part of the job.

“We know we have roles here,” he said. “We know we work for a utility that provides a service that people rely on and depend on. And we know when these situations arise, our game has to rise to meet the challenges.”

Morano, a veteran of more storms than he can count, also knows social media comments can help the company in a positive way.

“For all the people who take random shots at the company, there are those who reach out to the linemen to thank them for the work they are doing,” he said. “That goes a long way. Trust me.”